Chairman Dustin Burrows, R-Lubbock, said that because the committee is of a quasi-judicial nature, the witnesses would testify in closed executive sessions. 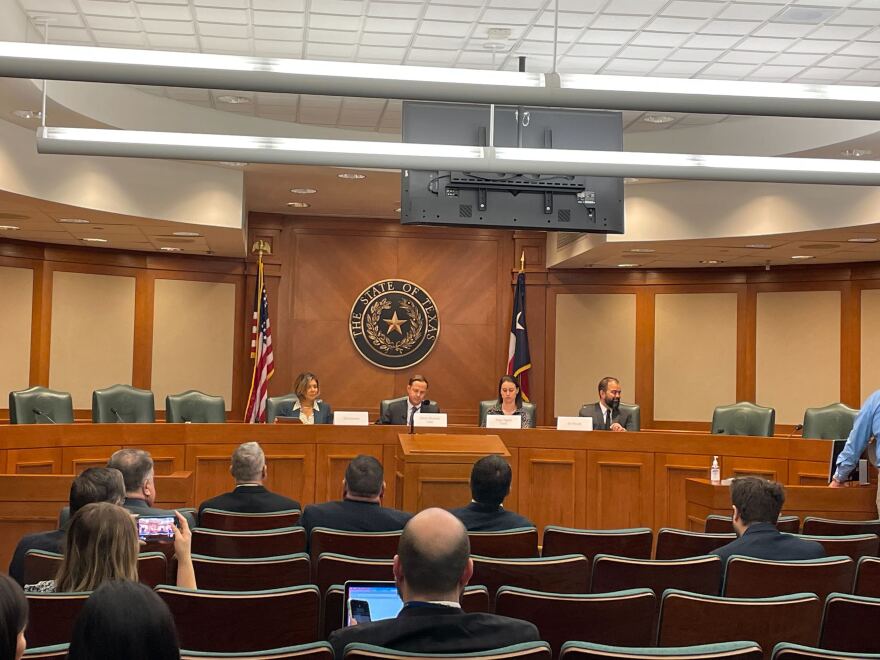 A Texas House committee tasked with investigating the Uvalde shooting kicked off its first meeting on Thursday.

A Texas House committee tasked with investigating the police response to the Uvalde shooting met for the first time Thursday morning, holding testimony of key witnesses in private.

The committee, chaired by Rep. Dustin Burrows, R-Lubbock, gaveled in at around 9:03 a.m.

“The entire state of Texas deserves the facts and answers as to what happened leading up to, during, and in the aftermath of this tragedy,” Burrows said in his opening remarks. “And this committee will do everything in its power to get to the bottom of this.”

But Burrows explained that because the committee is of a quasi-judicial nature, the witnesses would testify in closed executive sessions.

“The committee may produce a preliminary report in order to accommodate the need to have some information out to the public before a full and thorough investigation has taken place,” he said.

The committee didn’t provide a specific list of witnesses. However, Texas Department of Public Safety Director Steven McCraw was inside the room, sitting in the front row.

The three-person investigatory committee is also made up of Rep. Joe Moody, D-El Paso, and Eva Guzman, a Republican who formerly served as a member of the Texas Supreme Court.

Moody spoke about the need to gather all the facts.

“When the issues are this complex and the stakes are too high, we need facts first,” he said. “We can’t develop sound policies based on the conflicting reports we’ve had, especially when some of them are agenda-driven narratives. We have to cut through the noise.”

Nineteen students and two teachers died on May 24 at Robb Elementary School when an 18-year-old gunman entered the school and shot them using a semiautomatic rifle, law enforcement authorities said.

After the shooting, the Texas Department of Public Safety came under heavy criticism from Uvalde parents and residents for walking back some of the initial information provided to the public, including key details about the police response.

According to the latest information provided by DPS, at some point during the shooting, there were 19 law enforcement officers — from different agencies — in the hallway of the elementary school. They waited more than 70 minutes to confront the shooter.

The latest information contradicts earlier accounts from Gov. Greg Abbott and DPS, which first said a school resource officer engaged the 18-year-old shooter prior to his entrance. They also initially said it took police about 60 minutes to kill the suspect, later identified as Salvador Ramos.

DPS also said the latest information it has proves kids inside the classroom called 911 while the shooter was inside. They asked dispatch to send help.

One of the main questions is whether the incident commander inside the school — Uvalde Consolidated Independent School District Police Chief Pete Arredondo — was aware there were still kids alive when he told his officers to not confront the shooter.

According to The New York Times, Arredondo didn’t have a police radio on him when he went into the school.

Before the committee adjourned around 2:30 p.m., Burrows said members were balancing the need to be transparent while respecting the process.

He told reporters he felt “like we had a good opportunity to have a good examination, and this is the start of the process.”

Multiple investigations into the shooting are taking place in addition to the one spearheaded by the House.

DPS was in charge of the initial investigation, but the Uvalde District Attorney has now taken over.

Meanwhile, the U.S. Department of Justice is also investigating the shooting at the request of Uvalde Mayor Don McLaughlin.