As Fear Of Deportations Rises, Children Show Signs Of PTSD

Researchers have released the first mental-health study specific to children at risk for deportation. 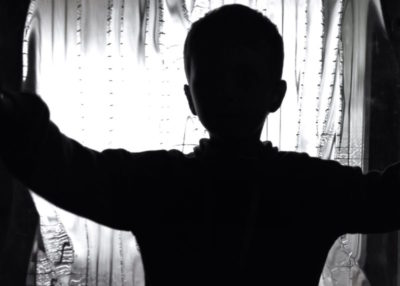 The first few days of the school year are an anxious time for most kids. But there’s a group whose levels of stress and anxiety are so high that they can only be compared to those who have experienced trauma.

Silvia Zuvieta Rodriguez is one of them.

“Since I was little I always had anxiety when it came to my parents not coming home at a certain time,” she says.

Zuvieta Rodriguez is now 18. But her anxiety goes way back

“I was like six years old when I knew about immigration and deportation[s] and the possibility about them [my parents] being deported back to Mexico. And I suffered extreme anxiety because of it when I was younger but it wasn’t to the degree of panic attacks – but it was to the degree of calling them every couple of hours before they got home, making sure that they were on their way,” Zuvieta Rodriguez says.

What started with the terrifying possibility that her parents could be deported  – climaxed with her dad’s actual deportation four years ago. Zuvieta Rodriguez was 14. That week she attempted suicide.

Deportations today are up from years ago. Data from the Department of Homeland Security shows that deportations have risen by almost 38 percent from 2016.

“And we found out that overall, the population has a high level of distress – if we have to speak about specific disorders, major depressive disorders turned out to be primarily prevalent but also the anxiety disorders,” Garcini says.

One disorder Garcini couldn’t find among this group was Post Traumatic Stress Disorder (PTSD.) She was puzzled, but not surprised.

“A lot of the criteria that we developed for PTSD is based on a Western, kind of Anglo culture, of military personnel that was sent overseas and developed trauma symptoms,” Garcini says.

Previous studies have been tailor-made for soldiers, not for children who live in fear of losing a parent – or in fear that they could be deported.

Garcini says that even so, when it comes to PTSD symptoms, these kids fit every criteria, except one

For instance, Zuvieta Rodriguez is still in school and holding a job. She can not afford to be limited by her mental health.

“I’m saving up money so that my mom doesn’t have to buy the necessities that I need to and for college and stuff as well as my dad,” she says “He needs like $500 a month or something like that.”

Imagine hauling that level of stress into a classroom, whether the classroom is at an elementary school or at a college campus.

Michael Williams has been thinking about that. He’s the former commissioner of the Texas Education Agency.

They are significant but unknown – up until now there’s very little quantitative data in that regard. And that’s what Garcini is working on next.