As Its Latino Population Grows, UT-Austin Wary Of Backlash For Becoming A Hispanic-Serving Institution

The university is now eligible for special grants and loans, but it took 137 years to grow its Latino student body beyond 25%. 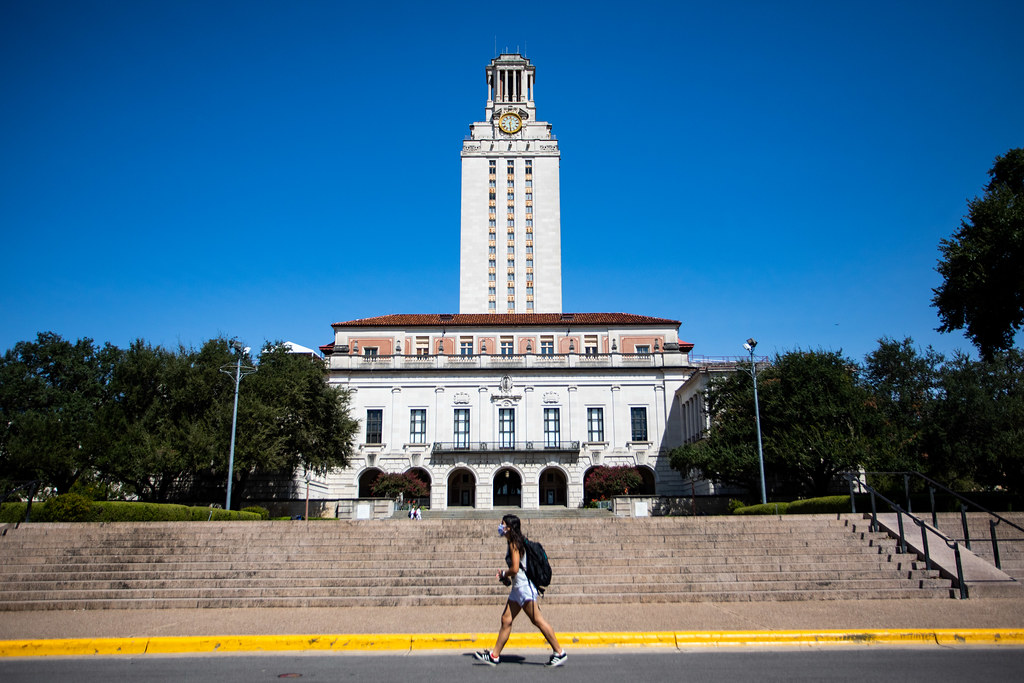 A student walking in front of UT-Austin's tower in the fall.

The University of Texas at Austin is now recognized by the U.S. Department of Education as a Hispanic-Serving Institution, since Latinos now make up at least 25% of its undergraduate population. This means the university is now eligible for special federal grants and loans.

But NBC Latino reporter Suzanne Gamboa tells Texas Standard the university actually announced the designation quietly back in September, trying to avoid potential “backlash” from those who might misinterpret it as some kind of a quota system.

The designation has been a long time coming, since Hispanics, and people of Mexican descent in particular, have been part of Texas since its beginnings but have often been excluded or discriminated against in the public education system.

“There have been all sorts of ways that Mexican Americans have been kept out of higher education through segregation in public schools, through … telling Mexican American students that they really weren’t ‘college material,'” Gamboa said.

Exclusion also came in the form of the state depriving educational resources to predominately Hispanic or Mexican American communities – Gamboa cites west San Antonio, where her parents are from, as one example. And the U.S. Supreme Court case Fisher v. University of Texas, which aimed to stop affirmative action in UT college admissions, is another example.

“So you slow down people’s ability to reach higher education levels,” she said.

While the new designation is an achievement, she says it took the university more than a century to grow its Hispanic student population to that size, despite Mexican Americans being a foundational community in Texas – and a rapidly growing one: Latinos are on pace to be Texas largest population group.

Several other University of Texas institutions have the Hispanic-Serving designation, but Gamboa says UT-Austin was reticent to celebrate its achievement.

“They were very careful with their language to talk about ‘broadly serving,'” she said. In other words, with the new designation, “they weren’t just serving Hispanics, but in serving Hispanics they have these programs that can serve everybody.”