Chicken breast grown in a lab could be on restaurant menus as soon as this year. 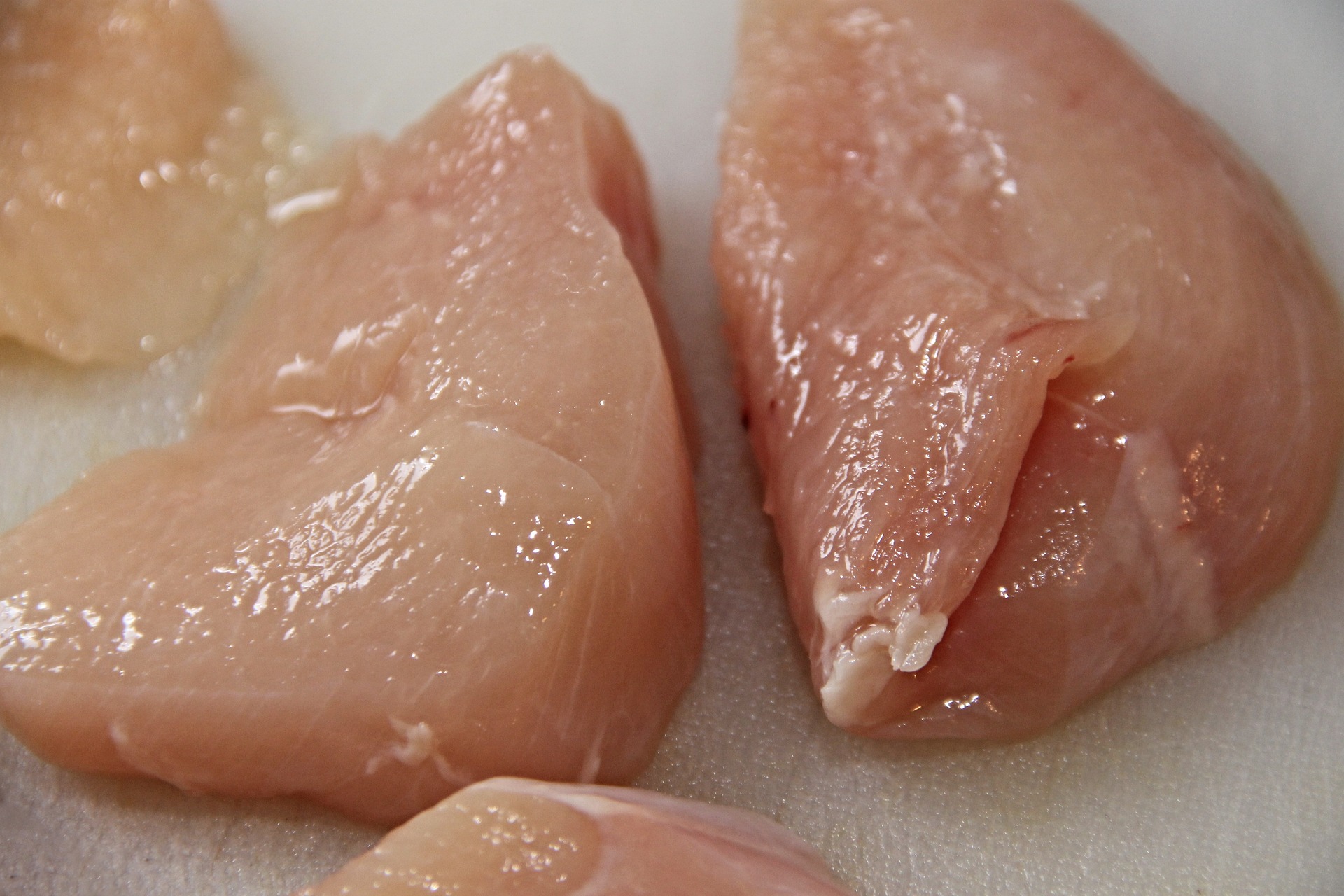 The chicken breasts you purchase at a grocery store may be coming from a new source soon, as companies that produce lab-grown meat look to bring their products to consumers in the near future.

The future is now for lab-grown meat.

Growing meat in a lab is one thing, but getting people to eat it is another. Leah Douglas, agriculture and energy policy reporter for Reuters, spoke with the Texas Standard about the industry’s plans to expand and market their product. Listen to the story above or read the transcript below.

Texas Standard: How soon are some of these products going to appear in restaurants and in stores? And we should underscore, by the way, we’re not talking about conventional meat substitutes like Beyond Burger and that kind of stuff, right? This is actually lab-grown meat.

Leah Douglas: Yes. This is real meat that has been grown from animal cells cultivated, in the words of the industry, in massive steel vats called bioreactors. And the product is taken from there and formed into, in this case, a chicken breast. And the company that has their product greenlit by FDA is still awaiting one more approval from the U.S. Department of Agriculture. But once they have that, they’re hoping to get their product in high-end restaurants within this year and in grocery stores within 5 to 10 years.

You said “formed into chicken breasts.” So you could shape this any way you wanted to? Are we talking about something that is that malleable?

Yes. These companies want to make all different types of products. So some cultivated meat companies make chicken, some make beef, lamb, seafood. And there is a vision to have sausages, steaks, chicken breasts – all different variety of meat products that are all derived from the same mix of cells that are grown in these bioreactors.

Can tell us a little bit more about how these products are actually made? You mentioned vats.

Yes, cultivated meat is made when the companies take a small sample of cells from a living animal, and they insist that the animals are not harmed in that process. Cells are then fed a mix of nutrients and water in these big bioreactors, and then after a certain period of time, it’s harvested and shaped into the final product.

We mentioned the chicken breast that the FDA has already approved for human consumption. Have you had a chance to taste it?

I didn’t get a chance to taste it, unfortunately, but our photographer in California did. And he reported that it tasted just like conventional chicken. He couldn’t tell the difference.

Very interesting. So I guess the question looming out there is whether or not consumers will buy it, right? I mean, what obstacles stand between lab-grown meat and grocery store shelves? And what about the consumer factor?

Well, the companies I spoke with were very clear that they know there is a hurdle to overcome here – that some people are really put off by the idea of meat that’s developed and harvested this way and confused about it. And the different executives, you know, are very clear that their strategy is to be as transparent as possible about the process and to also enlist the help of some influencers in the culinary world. So chefs like José Andrés are working with some of these companies and promising that, once the products are approved by U.S. regulators, they’ll sell them at their restaurants.

And in terms of hurdles to actually getting to the grocery store, which is what these companies all ultimately hope to do, there are serious scaling issues between here and there. So right now, a very small amount of cultivated meat is being produced. The companies say they need a lot more money to build even bigger steel vessels – bioreactors – to grow this product in. And as they continue to scale up production, the price will come down to a point where it’s competitive at the grocery store.

Well, being in Texas as we are, I think a lot of folks may wonder, could these bioreactors put the ranch out of business?

Well, I think there’s been a lot of investment in this sector from the conventional meat industry. And what those companies say is that, you know, they want to have a a complete portfolio of different protein options. So they see cultivated meat as another option, not replacing conventional livestock. And I heard that message from the cultivated meat companies, as well.

What about price? Consumer prices. I mean, is it more expensive? Less expensive? Any sense of that yet?

Well, right now, the companies are anticipating that, when they first bring this product to market, it will be more expensive than conventional meat. So Upside Foods, for instance, their plan, once they have their USDA approval, is to roll out the product at high-end restaurants because they think that people there will tolerate a higher price point. And they’ll also have, in the company’s words, a better first experience of the product if it’s prepared by a professional chef as opposed to at home. And, again, as the production of cultivated meat grows, the companies anticipate that the prices will fall and be able to compete in a grocery store setting – become a little more affordable.