How Some Compounding Pharmacies Are Getting Rich While Potentially Harming Patients

Some specialty pharmacies have been found to be offering kickbacks to doctors for prescribing pricey medications – sometimes without even examining the patients first. 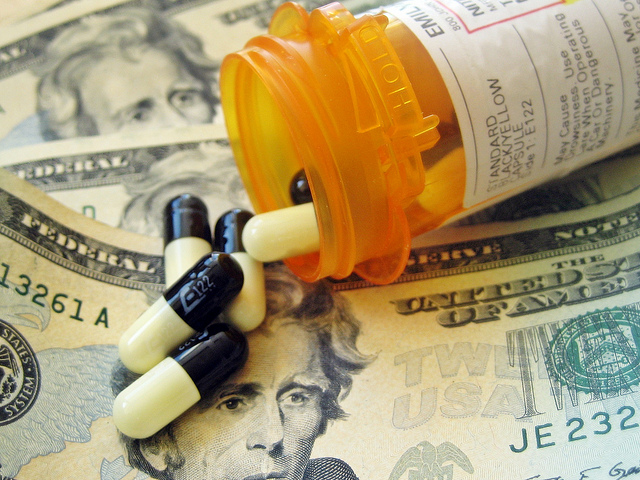 Some compounding pharmacies have been billing federal insurance programs tens of thousands of dollars for dangerous pain medication.

It started as an attempt at relief. Back in 2014, a Houston woman obtained a topical pain cream from a Houston compounding pharmacy – pharmacies that create custom medications for customers. Soon after, she was found dead; killed by the effects of two of the drugs in the medication, which included a muscle relaxant and ketamine.

Now, federal prosecutors are bringing fraud cases against compounding pharmacies across the state and nation, saying they’ve endangered patients and scammed taxpayers out of millions of dollars.

Kevin Krause, federal courts reporter for the Dallas Morning News, says that normally, these pharmacies are above-board operations that create specialty medications for patients with certain needs. But in the case of the Houston woman, the cream was prescribed with no medical oversight.

“Unfortunately, the doctor who prescribed it just signed a blank prescription form, never saw her, and may not have even known what was actually in the creams,” Krause says. “Also the doctor didn’t know what other medications she might have been on, which is also a problem, because there could be bad drug interactions.”

So who’s responsible – the pharmacy or the doctor? Turns out, both are.

“The doctor was accepting kickbacks for writing these blank prescriptions for patients he never saw, and the compounding pharmacy was paying kickbacks to get people to sign up for the creams,” Kruase says.  “They were all making a lot of money in this scheme, and not really caring about the patients.”

This isn’t an isolated incident, either. Federal investigators have been going after compounding pharmacies throughout the nation that have participated in these kickbacks while billing federal healthcare programs – like Medicare, Medicaid and TriCare – millions of dollars for these pain creams.

“These pharmacies realized that they could bill up to $30,000 for a container,” Krause says. “They literally said reimbursements are through the roof, and they took advantage of it, and so the feds are only now getting caught up to it. Expect to see a lot more of these indictments.”