How To Deal With Cricket Swarming Season 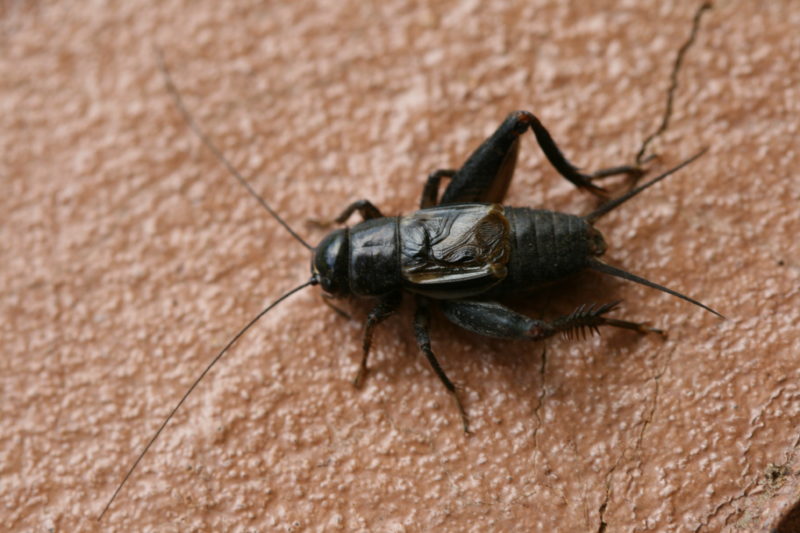 If you’ve come upon an infestation of crickets in late summer, you would be forgiven for comparing the sight to a Biblical plague. Why do schools and other buildings fill with the noisy bugs, and what can you do about it? Wizzie Brown, an insect specialist with the Texas A&M Agrilife Extension Office  has some tips.

On when you can expect to see black field crickets:

We have either localized or sometimes widespread large outbreak populations of these, late summer, early fall… I have seen a school where they were all over the walls. You just have thousands and thousands of crickets. And people aren’t generally liking that.

On the cricket life cycle:

The eggs are laid in the fall. They’ll over-winter in the soil and they’ll hatch out in the spring. And then it will take them about three months [to] reach adulthood and mature. When they become adults and have wings, they’re going to start looking for mates. And that’s when we see these large populations.

On why crickets congregate near the doors of building openings, and what happens to them:

They are going to be drawn to bright lights at night. So if you’re leaving your porch light on, or if you have a brightly-lit building, you often have these lights right by the door where people go in. So that draws all the crickets to that area. Unfortunately, a lot of these crickets will die, and so you have people trying to go in, and then you start getting the stinky smell from the crickets that have died…

On what happens when crickets come inside:

When they do come indoors, they can do damage. They can stain fabrics or carpeting, or things like that. They can chew on things, because they do have mandibles, and sometimes they will chew on clothing or fabric that has food stains on it, or sweat. They’re not just going to randomly eat clothes…

On how to deal with a cricket infestation:

There are baits… You would use that in the landscape. And then we have insecticidal sprays that you can target around things like doors and windows where they might be able to enter into the structure. You can either reduce your lighting at night, so you don’t have the crickets coming to those areas. Or, if yo need to have lights on for safety purposes, then you can either have lights that are directed away from the structure, or you can use reduces wavelength lights that are less attractive to insects.