How To Spot A Sphinx Month 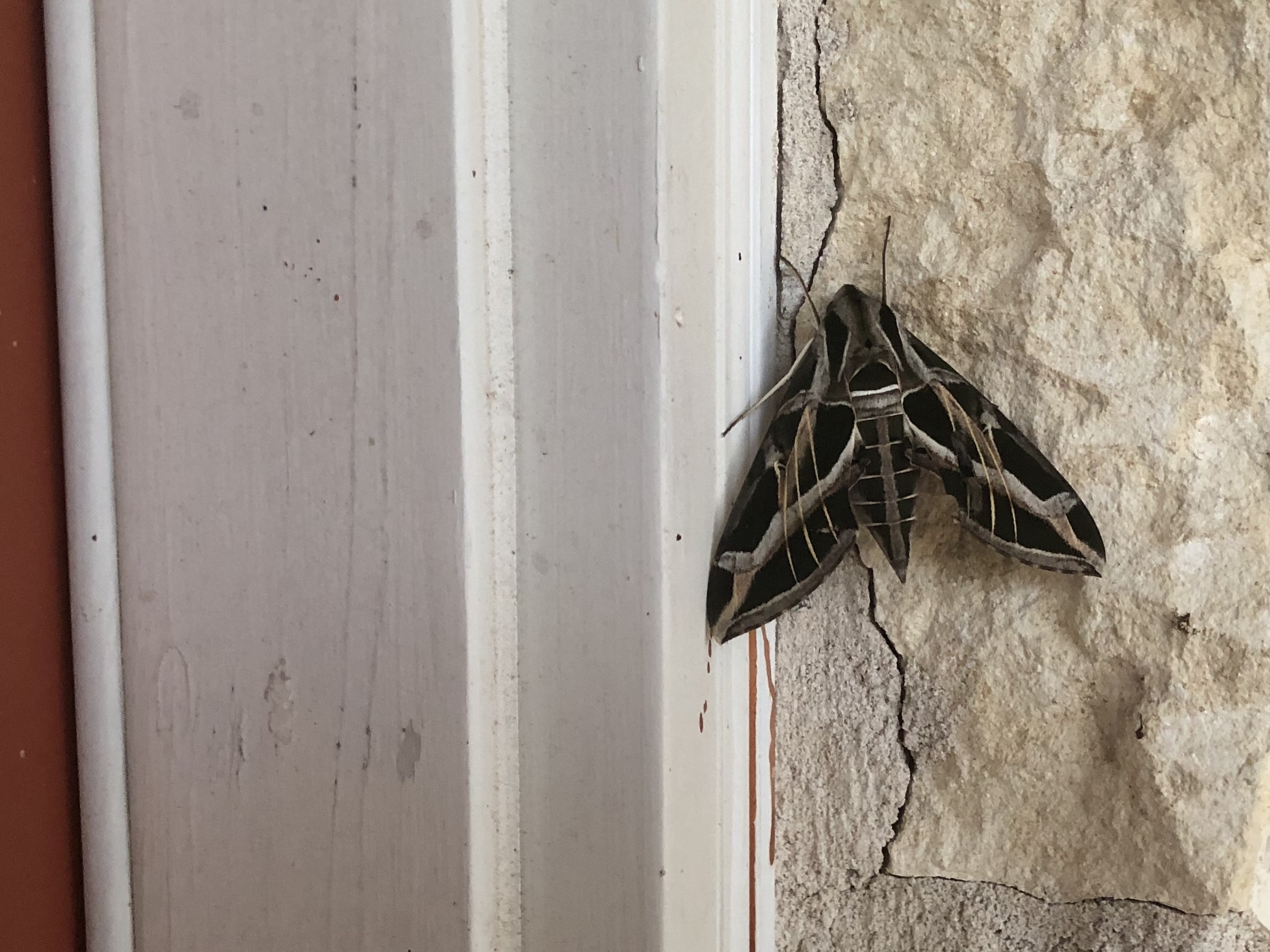 A sphinx month spotted in the Texas Hill Country.

Wizzie Brown, an insect specialist with the Texas A&M AgriLife Extension Service, says sphinx months are worth keeping an eye out for.

What is a sphinx month?

They’re also known as hummingbird moths. They are also known in the caterpillar stage as horned worms… I know a lot of people that won’t kill the tomato horned worms on their tomatoes because they know they turn into these beautiful hummingbird moths… But there are other sphinx moths that don’t necessarily cause damage. They just kind of hang out. Yes, the caterpillars are eating plants, but not to the levels that it’s really going to cause an issue or they may be on plants that we’re not trying to eat.

What’s special about them?

There are some that are really, really cool in the adult form. They will mimic bumblebees… And so you can see through their wings and their bright yellow and black fuzzy bodies. But, depending on the species, they can get like five or six inches in size. So they will be fairly large. And there are other ones that get mistaken for hummingbirds… A lot of these are going to have camouflage in the adult stage. So if you look at them, they are going to be kind of mottled browns or grays so they can blend in on trees and shrubs and things like that. But others are going to be mimics and get their protection that way. Those would be things that are mimicking stuff that can sting like bumblebees. And then you have others that have these bright colors on them, but they’re usually going to be on the under wings so they can flash those colors and give a startle response that will surprise whatever’s trying to eat them and give them the opportunity to fly away.

How can I see one?

These moths have a wide variety of flying times. Some species are going to be nocturnal, which is kind of the typical moth thing. The moths are usually out at night and butterflies are usually the ones out during the day. But these ones are mostly nocturnal. But there are some that are diurnal. And then the daytime fliers are usually the ones that are going to be mimicking the bees… And if you see them, they can actually hover. Some of them can move backwards. Their flying skills are just amazing.

How can I be sure I’ve found a sphinx month?

These moths are going to have kind of spindle-shaped bodies. So it’s going to be tapered at the front and the back. And then they also kind of have spindle-shaped wings as well. And they they just have a different look than most moths do. So think hummingbird, but being a moth, and it’ll pretty much be what it is. But not the really gorgeous greens and purples and stuff that you see with hummingbirds.