Though Eddie Chiles said it nearly 40 years ago, it has a modern, familiar ring to it. 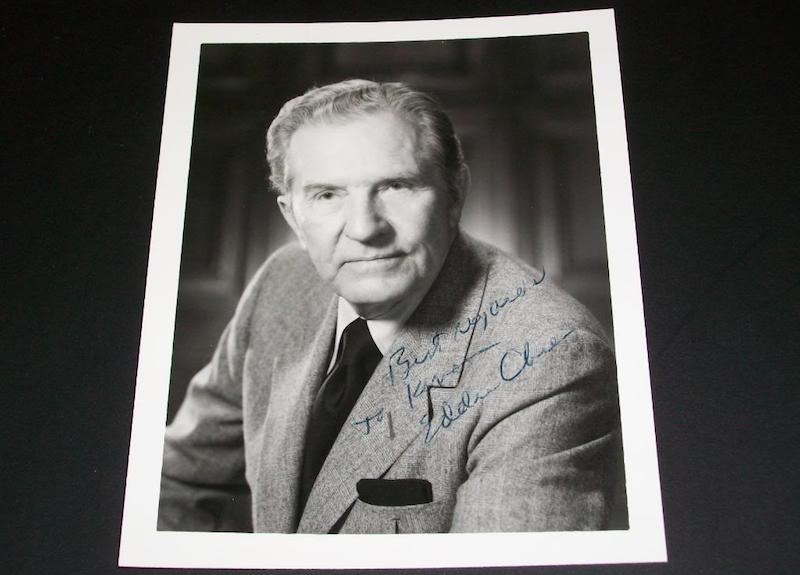 Oilman Eddie Chiles had a right-wing campaign in the early 1980s with the slogan "I'm Mad, Too, Eddie!"

There are three classic Texas ad campaigns that would be shortlisted in the Texas Advertising Hall of Fame, if we had such a thing.

Blue Bell Ice Cream’s “We eat all we can and we sell the rest,”

“Don’t mess with Texas” – arguably the most brilliant public service campaign ever created,

and then there is my favorite, “If you don’t have an oil well, get one. You’ll love doing business with Western.”

The latter came from Eddie Chiles, who owned the Western Company of North America. Eddie Chiles was the iconic, hard-charging Texas oil man.

He started the Western Company with three employees and two trucks in 1939, and through sheer force of personality, he built it into a billion dollar company. He owned the Texas Rangers baseball team for about a decade before selling it to a group of investors that included future President George W. Bush. That was in 1989. But before he sold it, he did us the favor of signing Nolan Ryan to a $2 million contract.

Chiles was a cantankerous, colorful, hard-nosed business man. He was politically to the right of Attila the Hun and ironically inspired by the liberal Hollywood movie, “Network,” and the crazed anchorman prophet, Howard Beale. Every night Beale would scream at the cameras, “I’m mad as hell and I’m not going to take it anymore!”

He would say, “I’m sad for the Americans who are trying to raise a family and buy a home while the liberals in Congress are spending more and more and destroying the American Dream. You need to get mad, too.” He would always end with this: “The government should deliver the mail and stay the hell out of my business.”

He once said, “Let me tell you why I am mad. Forty years ago, I started the Western Company, and under the free-enterprise system I was able to build that company into an international organization with some 4,000 employees. Today, I’m afraid the opportunity I had no longer exists. During the last 50 years the liberal philosophy practiced by Congress has literally turned the American dream into a nightmare. And this makes me mad. Fighting mad. I love America, and I’m determined to fight to get our freedoms back.”

Though Eddie said this nearly 40 years ago, it has a modern, familiar ring to it.

Eddie’s editorials were eventually carried by 650 radio stations across the country. This was at a time when Limbaugh was carried by one. Eddie paved the way for Limbaugh and Hannity. Some say he was instrumental in turning Texas red for Reagan in 1980. No matter what your politics were then, when Eddie was on the radio, he had your attention.

Chiles was the quintessential conservative Texan of his era. He was born in the small town of Itasca, Texas. His was a rags to riches story fit for Horatio Alger. The only black mark on his Texas record, in my opinion, is that he earned his degree from the University of Oklahoma (what I call a study abroad program). But I guess we can forgive him that because he did get a Texas-centric degree in Petroleum Engineering. He also had the good sense to start his company in Texas.

I for one will always be grateful for his marvelous ad that ran so often during NFL football games. A beautiful young lady would be standing next to a derrick, wearing a hardhat, and she would say, “If you don’t have an oil well get one, you’ll love doing business with Western.”

I think it would play well today. Well, as soon as oil gets back to $70 a barrel.