“We don’t have to fit our narratives into the other narrative that exists in America. We should bring our own, and we should be generous to share them with the other Americans.” 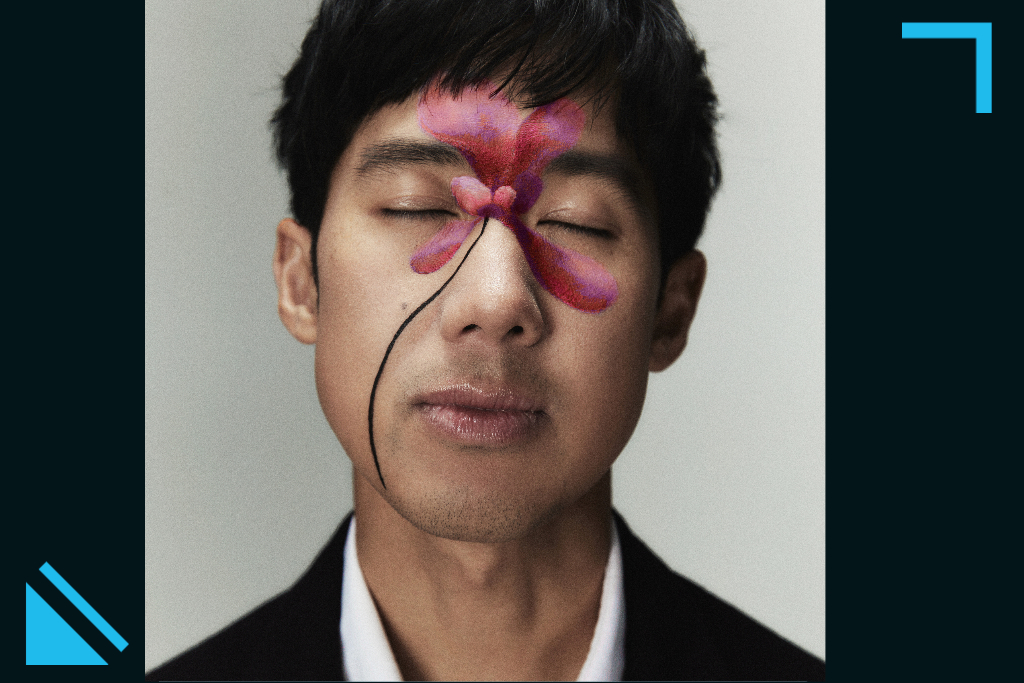 That’s a recent headline from an article in The Daily Beast, written by musician John Tsung  It’s also the question he asks on his new album, “Empire Postcards,” which includes songs inspired by conversations he had with immigrants across the country over the last few years.

Tsung is a Taiwanese immigrant, whose family resettled in Houston when he was a child. On “Empire Postcards,” Texas and the U.S. play an outsized role in the personal stories of love, loss, patriotism and regret – both for the people he spoke to and also for himself as an artist grappling with his own sense of place and identity. Listen to the interview above or read the transcript below.

Texas Standard: it’s terrific to have you with us, truly. I have to ask, did you set out thinking about an album or was that something that sort of organically emerged from from conversations that you were having in a different context?

John Tsung: You know, it’s a little bit of both. I’m a songwriter and a musician, so song always comes to mind. But I actually started these interviews and stories with Asian immigrants more than three years ago. This is before COVID and before the last two years of anti-Asian crime. And before January 6, Asians were sometimes the scapegoats. We were seen as the others. We were blamed for a lot of things happening in the U.S. We were seen as quiet or pushed over or weak. And this wasn’t the story of my family. My grandparents lived through the Japanese occupation of China in World War II. And then they went to Taiwan and they experienced a white terror ring. And they weren’t weak or quiet. They were strong. They were brave. But these aren’t stories you necessarily hear that much about. My mom runs an archive at Rice about Texas Asian immigrants. But I wanted to know, why did we come? Where do we come from? We get asked that all the time. Where are you from? Why did you come – go back home. Out of those conversations came stories of the album.

How did you incorporate these stories into your music? Did you start sort of framing lyrics around those stories that you heard or how did you go about that?

What we found beautiful about – my family – about the music of America, everybody from Lyle Lovett and Alejandro Escovedo to Garth Brooks and Bill Withers, is they were universal somehow. You don’t necessarily hear proper nouns of locations, but you understood the feelings and emotions. And the thing I was trying to do was write songs that were about the people I talked to – my family, people like Rose, who came from Shanghai to Texas in the 50s. But do it in a way that you didn’t have to hear all the proper nouns but you understood that these are stories about immigrants but they were also stories about America. These are all true stories, but I tried to write them in a way that they were as much about, for better or for worse, the American Dream and for all of its beauty and flaws as it is about specific Asians.

Some of us have already started picking favorites on your album. And Leah Scarpelli, our producer, mentioned one of her favorites is Taking of a Nation. I understand it was written before the 2020 election?

I was talking to my label and they said, ‘so let me get this straight. You wrote about the taking of the country as a falling apart of things, about Odessa and a little bit about Ukraine and about Chinese and Asian immigrants in 2019?’ But these were the feelings of the Asian immigrants and Asian Americans I was talking to. And they saw President Trump, and for a lot of them, they feared what they came from.

And so “Taking of a Nation” is about that fear and dread of seeing the same thing that happened in Vietnam or Cambodia or China happen again in a country that we are adopted home.

Well, it sort of suggests a certain taking for granted. Those of us who have been born and raised here and those of us who have struggled to get here. Right? And that different perspective, certainly, but also a feeling of love for this country.

That’s exactly it. It’s maybe not always popular these days in certain circles to talk about the love for America. But I was doing a show yesterday. My bassist is from Pakistan and his parents are from Pakistan. And my drummer is Australian by way of Goa and Malta. And we’re sitting around with this producer and we’re going, ‘this is America. There aren’t there are lots of things we need to fix inequality, the immigration challenges, what happened in Texas in the last couple of weeks. But there are also things that for a lot of us, we find precious and beautiful.’

Tell us about “Morning Papers.”

it’s a lullaby for my cousin Elizabeth who just had her second baby. She lives in Austin. Her husband’s Israeli, speaking of another kind of maybe only an American situation. And the words, though, are America, to me. They were heavily influenced by Walt Whitman and Robert Frost; two poets that for me exemplify a certain kind of America –wildness from Walt Whitman and this sort of elegiac nostalgia of Frost. And in that feeling I wanted to convey in this kind of lullaby.

Why do you think it’s important to tell these stories? What is it that sort of motivated you? To compile them in an album, and one that seems to resonate so much with so many of the conversations and the intersections of those conversations, too. There seems to be a kind of a quiet urgency here.

I thank you for saying that. I hope so. For me, it’s maybe two things. One is – and I say this with love to my fellow Asian American creatives. But sometimes we reach back to the Texas railroads or the Japanese internment camps or the Vietnam War, which are historic and milestone events in the history of Asian Americans. But we don’t necessarily talk about the contemporary issues and what’s happening to Asian Americans today.

So this is one half, to me, a rallying cry to say, let’s tell our own stories of now, and where we’re headed from now. Let’s not forget. And the second is to say, we don’t have to fit our narratives into the other narrative that exists in America. We should bring our own, and we should be generous to share them with the other Americans. And hopefully the rest of America will see how amazing and universal these stories are as well. And that’s, to me, a sense of urgency that we, in this moment of change, as we re-imagine America, can be, that we bring that to the foreground.