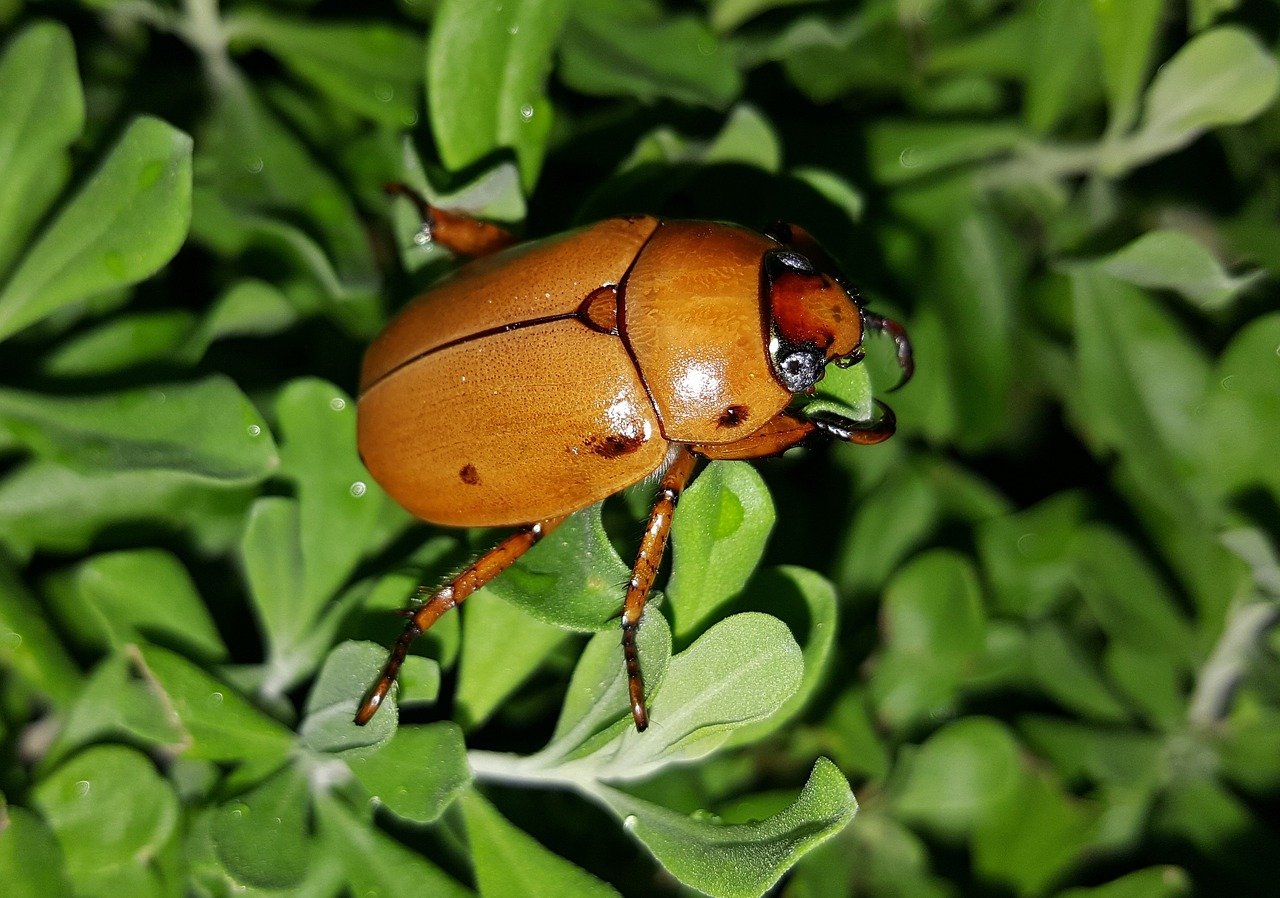 “June bug” is a catchall term for the beetles that come out in May and June. Insect expert Wizzie Brown, with the Texas A&M AgriLife Extension Service, says there are about 90 species of June bug in Texas alone.

“They’re kind of pudgy, brown-to-black beetles, and they have kind of spindly legs and they’re not super great at walking or flying. The adults really aren’t going to do anything. They’re just large and kind of dowdy-looking.“

Larvae Can Cause Turf Damage

“The larvae actually feed on the roots of plants and organic matter. But there are some of these species that can actually cause damage in turf. So if you have a kind of large, brown, patchy areas of your turf and it’s kind of starting to expand, you might want to look for the immature stage of a June bug, which is called a “white grub.” And these larvae are going to be a creamy white color; they’re in a C shape.”

How To Check For White Grubs

“You would need to cut soil sections of your turf, pull that up out of the ground and look in the root zone to see if you have white grubs in that area. A lot of times when people are gardening, they will find white grubs as they’re digging holes to plant plants, or they’ll find them in their landscape buds and stuff like that.”

Feed Grubs To The Birds

“Typically what I do when I find those random ones is I have a tree bird feeder, and so I’ll pick them up and I’ll stick them in the tree bird feeder. I’m feeding the birds and I’m controlling insects that are in my yard.”

“They’re large – about three-quarters of an inch to inch and a quarter. And they are a very pretty metallic-green color. And these as adults are going to actually feed on fruit, so you’ll see them on things like figs… or strawberries, blackberries, raspberries. A lot of times you’ll see them on peaches.“

What Are Those ‘Writhing Masses’ Of Figeaters?

“The other cool thing about the fig eater beetles that I often will get people calling me about is a lot of times you’ll see them in these great big, giant writhing masses of beetles. And there’s just like a whole bunch of them and they’re just kind of rolling around on the ground, and people are just like, ‘What are they doing? What is going on?’ That typically is a group of male beetles that are trying to get to a female that’s somewhere in that giant bundle, for mating purposes.”

How To Keep June Bugs At Bay

“You can either turn off your porch light at night or they do have reduced-wavelength bulbs; they’re usually a yellow color. And that causes not as many insects to be attracted to those lights.”