Recapping the week in Texas politics with The Texas Tribune. 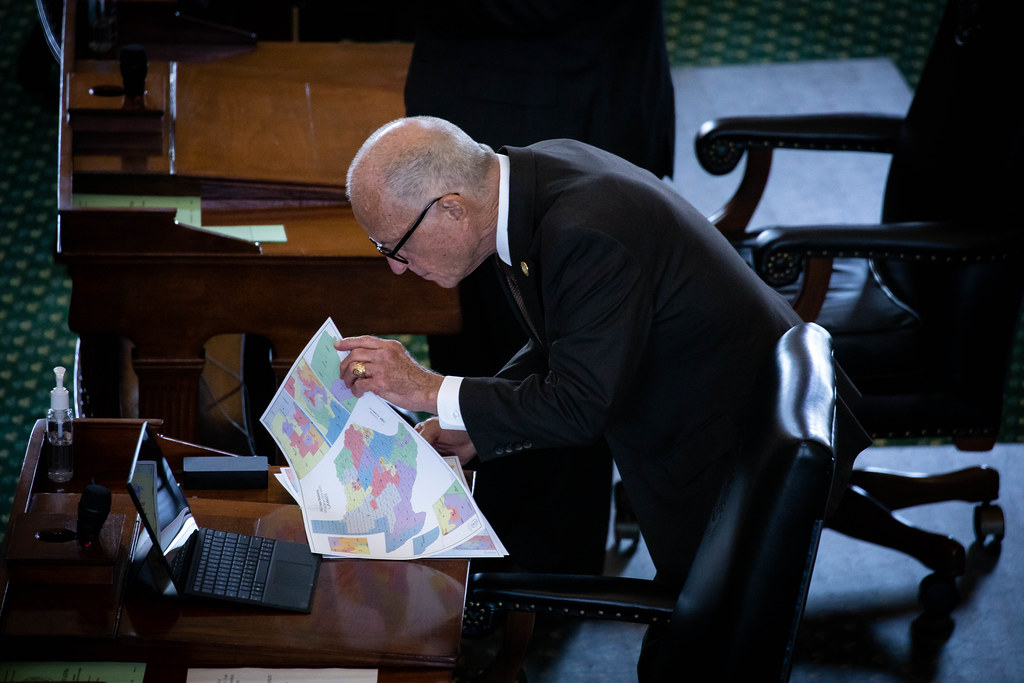 State Sen. Bob Hall examines a map as part of redistricting efforts on opening day of the third Special Session of the 87th Legislative Session.

Things are picking up under the capitol dome as Texas’ third special legislative session continues. James Barragán, politics reporter for The Texas Tribune, brings us up to speed on new developments there, including new items added to the session’s call and how preliminary redistricting maps are being received.

Listen to that, plus new developments in the whistleblower lawsuit against Texas Attorney General Ken Paxton, in the audio player above.

Texas Standard: Gov. Greg Abbott has added a couple of extra items to the special session call, including a priority of Lt. Gov. Dan Patrick. Is that right?

James Barragán: That’s correct. The special session agenda keeps growing. And now we’ve got two new items: property tax relief and a constitutional amendment to move through a bill reform bill that had already passed. But the problem is that they need this constitutional amendment to be passed by Texas voters in order for parts of that bill to go into effect. And it does require two-thirds of both chambers of the Legislature. So that’ll be interesting to see if they can get that over the hump. They’ve have difficulties passing other constitutional amendment issues in the past. Now, the property tax relief issue is one that’s particularly important to the Republican base because it has to do with how we pay for property taxes and where we pull that money from.

Redistricting is supposed to be the main focus of this special session. And there’s been some news on that front as well: preliminary maps have been released. What are the details here?

There’s one map that’s come out for the State Board of Education. And the second one is for the Senate. Really, both of them have already drawn some criticism, with the State Board of Education one having an incumbent already saying that they won’t run again, because they don’t really see a path to victory if they if they try to stand for reelection. On the Senate map, there’s also criticism that they’re grouping communities of color into districts with communities that are not particularly sharing of their interests. I’m talking about Senate District 10 up in Tarrant County. And there’s also concerns that they are, what we call packing Democratic voters and Republican voters into districts to make them easier for those districts to be won by those candidates. But it makes the overall landscape of the Senate less competitive.

We need to mention another entry in the legal blotter for Ken Paxton, the state’s attorney general. You write he made a rather novel legal argument when he was trying to have a whistleblower lawsuit against him thrown out. What’s that about?