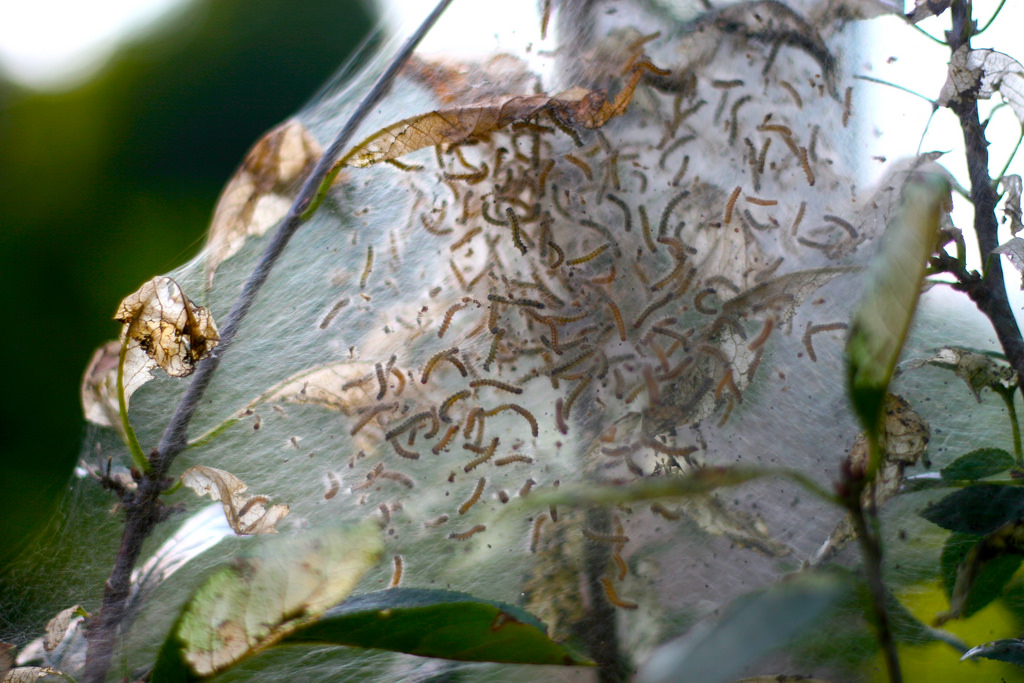 What looks like webbing that seems to cover so many trees this time of year is actually caused by a caterpillar. Wizzie Brown, an insect specialist with the Texas A&M Agrilife Extension Office, says one of the best remedies for web worms doesn’t require pesticides.

What the heck is a web worm?:

“They are the caterpillars that create the webbings on the tips of the branches of trees and they eat the foliage.”

“You could do a pesticidal treatment for them but you need to get the pesticide inside the web because they don’t leave the web at all.”

On using “beneficials” to get rid of web worms:

“I just take a stick, or if it’s really high up in the tree, a jet of water, and I break open the web, and I allow the beneficials: so things like wasps, and lizards and birds, to get into the web to actually eat the caterpillars.”