“Texas” allegedly comes from the Caddo Native American word for “friends,” but one Spanish researcher is challenging that long-standing story. 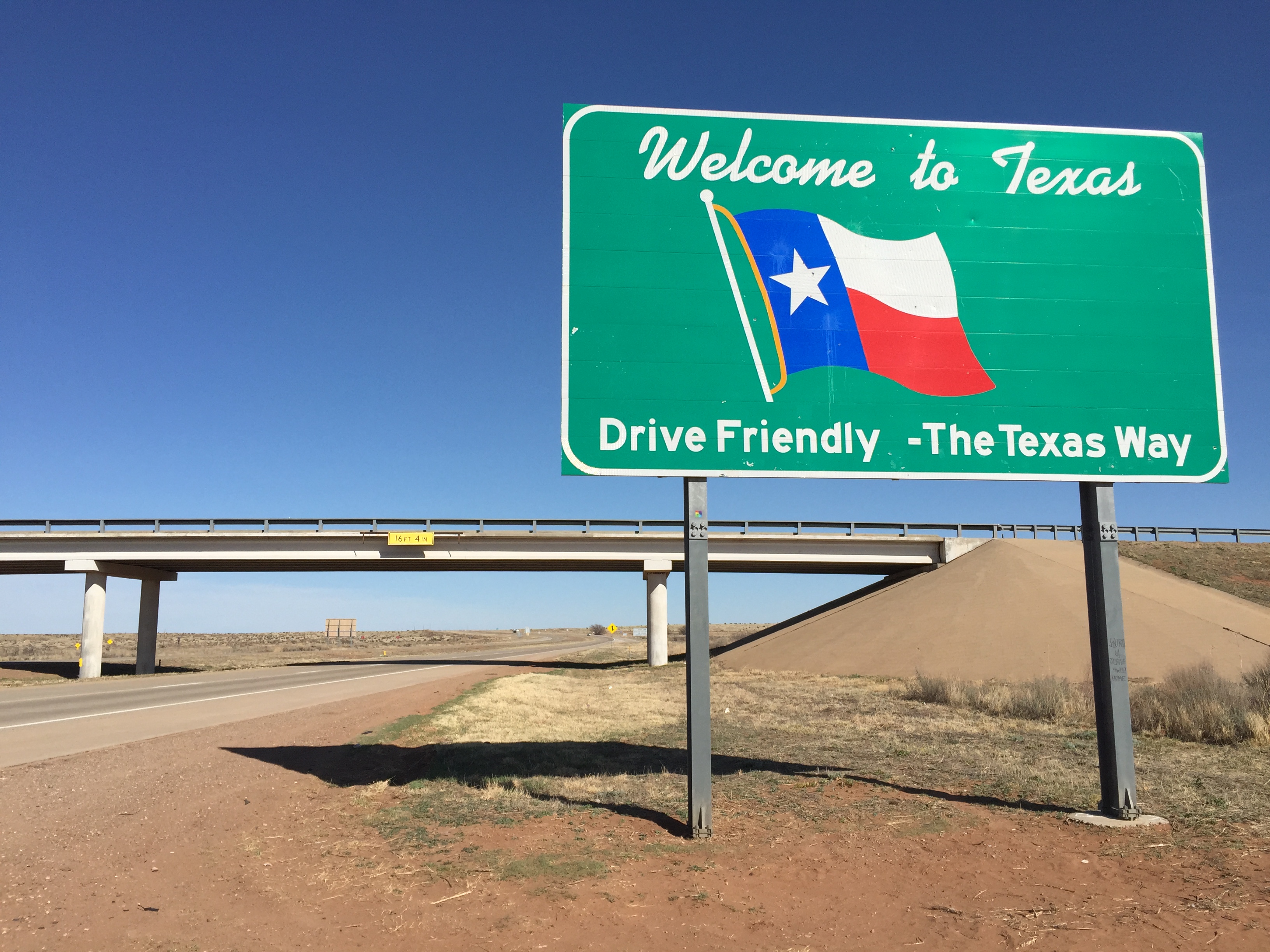 If you were making a list of the things Texans say set them apart from non-Texans, friendliness would rank pretty high. Signs of friendliness – literal and otherwise – are ubiquitous here. Look no further than reminders along the interstate to “Drive Friendly, the Texas Way.” “Friendship” is the state’s official motto.

The roots of this go back to Texas’ beginnings. The story goes that the word “Texas” itself comes from the Caddo word for “friends”. The Caddo were a confederacy of Native American tribes that dominated East Texas. The Spanish set up a mission in the region in the 17th century, led by friar Damián Massanet. During one of Massanet’s early encounters with the Caddo, they called him “teycha,” a word for “friend” or “ally.” Massanet wrote the word as “Tejas” in his correspondence, using the term to refer to both the native people and the place. Eventually, Spanish orthographers changed the letter “j” to  “x” in certain words, and “Tejas” became “Texas.”

That’s the story, at least, but is it true?

Most Texas historians say yes, but Jorge Luis García Ruiz is an exception.

García Ruiz is an independent historian and archaeologist from Madrid who now lives in San Antonio. Growing up in Spain, he’d never thought about the origin of Texas’ name until someone asked him about it a couple years after he’d moved here.

“With just that simple question, I was pulling the string,” García Ruiz says.

He pulled and pulled, reading hundreds of books, seeking out original documents, analyzing all the existing scholarship on the subject. He came away with a different interpretation than the accepted story, which he published in English and Spanish in his book, “Texas: The False Origin of the Name.”

Timing is a central part of García Ruiz’s explanation of how Texas really got its name. The accepted story – that “Texas” comes from that meeting between Massanet and the Caddo in 1689 – is unlikely because García Ruiz says that’s not the first time the Spanish used that word.

“We have documents that say in 1606, 83 years before that meeting, the Spaniards had already known the Indian Tejas,” he says.

One of those documents is a map used by Juan de Oñate, a Spanish conquistador who passed through Texas looking for Gran Quivira, the fabled city of gold. The early 17th century map shows an area called Tejas to the southeast of where Gran Quivira was supposed to be. To García Ruiz, this earlier reference to the word “Tejas” invalidates the idea that the word originated with Massanet’s encounter with the Caddo.

“I Cannot Imagine the Amount of Resistance”

But García Ruiz’s claim doesn’t just reframe a historical account; if true, it would dismantle a core part of the Texas identity. And it’s unlikely most Texans would allow that to happen easily.

“Even if this Spaniard’s revisionist interpretation is correct, I cannot even begin to imagine the resistance there will be to accepting that there is a different reason why Texas is called ‘Texas,’” says Harriet Joseph, a professor of history at the University of Texas Rio Grande Valley and the author of several books on Spanish Texas.

Joseph hasn’t read García Ruiz’s book, and hasn’t evaluated its claims. But the book reminded her of another Texas history controversy: the diary of José Enrique de la Peña.

De la Peña served in the Mexican army under General Antonio López de Santa Anna. He fought during the Texas Revolution, including at the Alamo. De la Peña’s diary emerged in 1955, and was translated into English two decades later. Its claims caused quite a stir among Texas historians.

“Significantly, in terms of the impact to the Texas psyche,” Joseph says. “De la Peña claims that some six or seven Texans at the end were taken prisoner.”

Including Davy Crockett. But this goes against the popular narrative of the Alamo, in which all of its defenders died on their feet, fighting the Mexican army. For some, the idea that Crockett – a titan of Texas history – was taken captive rather than died fighting, was too much to take. Historians published competing books supporting and refuting the claims in de la Peña’s diary. They bickered with one another on panels. And even now, when most historians agree about the diary’s authenticity, a few holdouts still have their doubts.

For professor Joseph, the de la Peña controversy shows what García Ruiz is up against. García Ruiz’s thesis will be poked and prodded by other historians to see if it stands up, kind of like a science experiment. In his book, he doesn’t just say that the word Texas didn’t come from a meeting with the Caddo; he also proposes a new theory, altogether, about where the word came from, and its original meaning.

When Spain was an imperial power in the region, it wasn’t its custom to adopt native names; the Spanish used their own words. Think about the names of Texas rivers: the Brazos, the Rio Grande, the Comal, the Guadalupe, to name just a few. They were all given Spanish names by Spanish explorers. García Ruiz wondered why the word “Texas” would be any different. So, he went looking for some old Spanish words that might give him some clues, and he thinks he may have found one.

If not Friendship, Then What?

In a dictionary from 1495, García Ruiz found the words “tejo” and “teja” – they’re Spanish words for the yew tree.

The yew trees found in Spain don’t grow in East Texas. But there is a tree whose Latin name literally means “similar to the yew”: the bald cypress, or Taxodium distichum. García Ruiz theorizes the Spanish saw the bald cypress, recognized its similarity to the yew – or the teja, as they would have called it – and used the word to name the place.

García Ruiz knows that this likely won’t be a popular theory; he’s fighting against the long-standing friendship story.

“It’s more simple to accept it, you know?” he says. “It’s like a commercial, a slogan; the name of the state is related to friendship, and it’s a native word. It’s marketable.”

To learn more about García Ruiz’s book and his research, you can watch his presentation at the Witte Museum in San Antonio in 2018 here.