State Sen. Roland Gutierrez said the 911 calls made during the Uvalde shooting were being communicated to the Uvalde Police Department, not the school district police chief on scene at Robb Elementary. 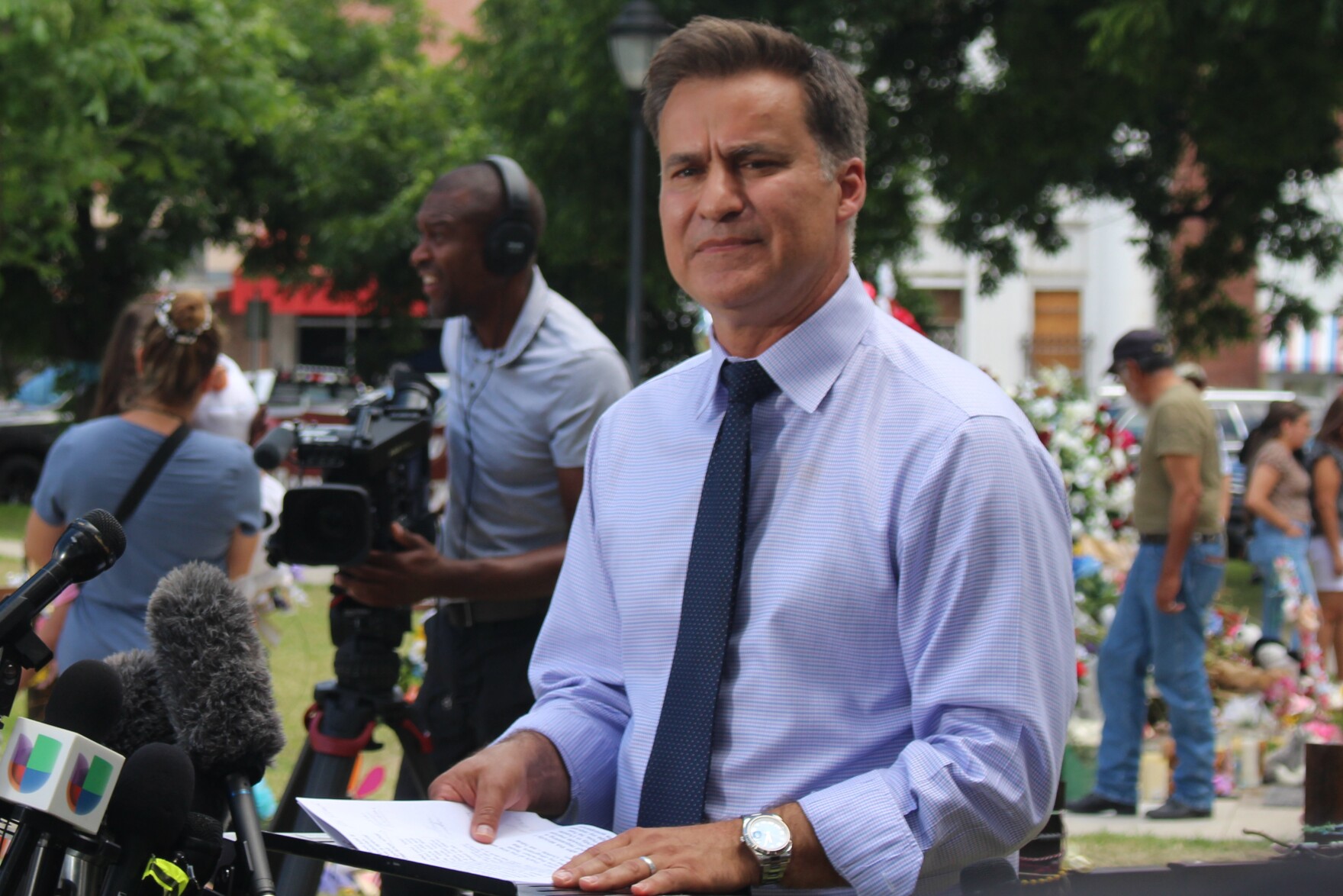 State Sen. Roland Gutierrez speaks on the lawn of the Uvalde County Courthouse on June 2, 2022.

The 911 calls made during the Robb Elementary School shooting were not directly relayed to Uvalde CISD police chief Pete Arredondo at the scene, according to State Sen. Roland Gutierrez.

It’s unclear if Uvalde PD was then expected to communicate that information to Arrendondo — who was the incident commander on scene when 19 children and two teachers were killed. The UCISD police chief, who has been under fire for his delayed response to the shooting, was also sworn in as a Uvalde City Council member earlier this week in a closed-door meeting.

“I think that Mr. Arredondo, whom I do not know, has a lot of responsibility to bear here, as does every law enforcement unit that was at that property, at that school,” Gutierrez said.

The state senator spoke outside the Uvalde County Courthouse on Thursday, and answered journalists’ questions in Spanish and English. He said he still has questions himself that Texas Department of Public Safety officials have not been able to answer.

“Who were those 19 officers in the hallway?” he asked, referring to officers who were outside classrooms when the shooting was taking place.

Gutierrez said a DPS report into law enforcement’s response to the shooting is expected to come out Friday. He hopes his questions will be answered, but acknowledged radio transmissions of the incident won’t come out for a while.

He also urged Gov. Greg Abbott to call a special session, and other Texas lawmakers to address gun violence. Abbott has given no indication so far that he plans to call a special session. Instead, he has ordered committees in the state House and Senate to develop legislative recommendations on school safety, mental health, firearm safety and more. Gutierrez, who represents Uvalde, was not chosen for the Senate committee.

“The fact is we don’t need Greg Abbott to do anything. He needs to do one thing and that’s call us back into that building. He doesn’t even need to sign the legislation. He could just let it become law and blame it on us,” Gutierrez said.