Why Mad Max Is Really A Texan 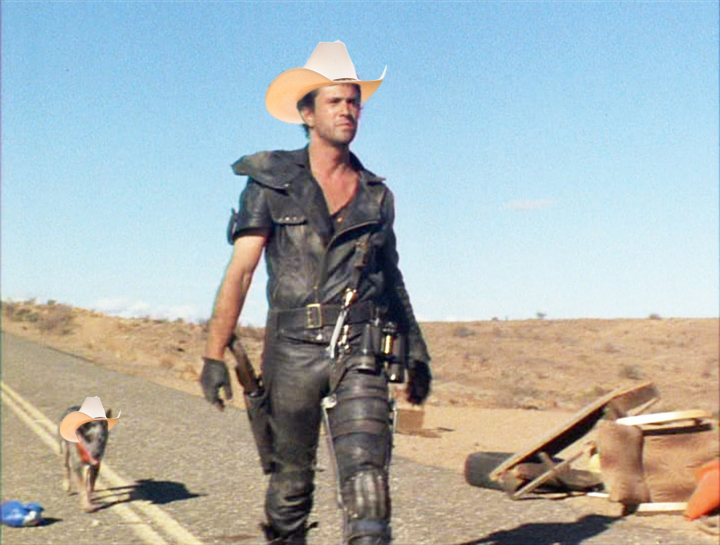 Is Mad Max a crypto-Texan? As much as a character in an Australian film, shot in the African desert, starring an English actor can be, yes. Director George Miller has said he’s making a “western on wheels.” And Max is a character straight out of the American West.

“Mad Max: Fury Road” is the third part of the dystopian trilogy. In the two previous films, Max is a former lawman who is trying to bring some order and decency to the wild. He wears dusty boots and leather, carries a sidearm in a holster, and lives in a hot arid frontier zone without law or civilization. He is trying to survive in a place crazy about oil, cars and dangerous weapons.

And although Texans like to think that everything is about them at some level, in the case of Mad Max, they just might be correct.

It’s the swagger of the man, his rough-and-tumble frame, combined with the rustic and sprawling landscape – it all sounds like something straight out of a John Wayne movie. Film critic Harry Knowles says there’s just something about Max that makes us think of Texas.

“The opening shot of the film, where a two-headed gecko is running towards Max – who’s faced away from us – he steps on its head and then eats it,” he says. “It’s still slithering when it goes into his mouth – for whatever reason, that feels Texas,”

Max was originally an Australian cop, played by Mel Gibson, and Tom Hardy’s incarnation is a Londoner. Accents aside, Mad Max himself is from Texas.

“If you sit down with George Miller and start talking to him, he will go into great detail about his love of westerns,” Knowles says. “So much of the western genres, whether or not it was taking place in Texas– internationally and through the international community, all westerns take place in Texas.”