Will Texas have enough teachers when school starts again?

In big cities across the country, teachers are almost always in demand. And amid the so-called “Great Resignation,” that may be truer now than ever. Until school starts in August, it’s impossible to know exactly how many teachers Texas will be in need. But some Dallas instructors suspect a higher-than-typical number of their colleagues won’t return to class this fall. 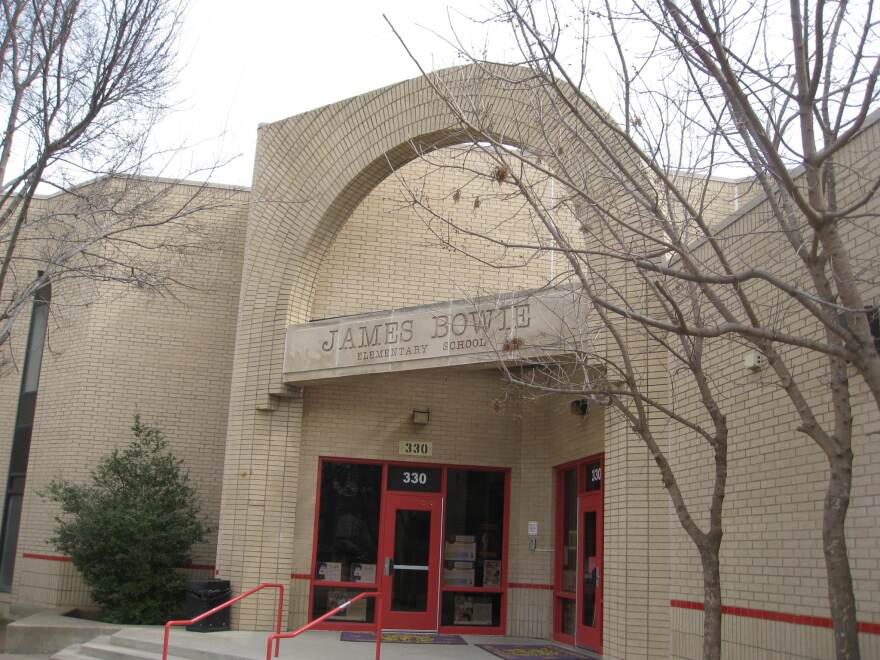 One of many Dallas ISD schools that some worry won't be fully staffed when classes start in August. After so many people left jobs since the pandemic, will teachers be among them? Dallas ISD now needs more than 1000 teachers. The district says when school opens, its teacher needs will be no more or less than before the pandemic.

After 18 years of teaching Spanish, logging lesson plans and living the daily shuffle of students moving room to room between periods, the habits of school life are over for Patryce Zarraga.

“Actually, at the beginning of the year, I had wanted to stay a couple of more years to 65, or 66 so I could be getting my Medicare and Social Security and stuff like that. I couldn’t do it,” Zarraga said.

She said when she and her students returned to in-person class after the pandemic-forced virtual school, things unexpectedly changed.

“So we either had the kids coming back that were used to just being at home doing nothing and they wanted to do nothing,” said Zarraga, “or we had the really belligerent kids.”

So belligerent, said Zarraga, that they were they were either off-the-rails angry, cursing and complaining, or the opposite; completely unresponsive.

Zarraga had never seen her students act out like this before. She said it was like her ninth graders hadn’t matured beyond seventh grade.

In a way they hadn’t. They’d just missed some years of important growth. While administrators and teachers expected academic losses, this was different.

“Oh my G-d, Forget the learning loss,” said veteran Dallas social studies teacher Diane Birdwell. “The mental health loss that we had with the kids and with the staff was just phenomenal this year. And the scope of it and the depth of it, how many kids I had just breaking down across, you know, in the hallways or crying in class. because they just were used to not being at school for a year and a half.”

That burden took a toll on teachers too.
Dallas ISD has slots for 1,000 teachers, according to its website.

The Houston Independent School District, the state’s largest, is short nearly 1,000 teachers with the first day of school roughly a month away.

Austin ISD is looking for 570 instructors, while Cypress-Fairbanks, the state’s third largest district, is shy nearly 700 teachers, according to TV station KVUE.

National school unions, like the American Federation of Teachers and the National Education Association , both warn that an unexpectedly high number of their members may leave because of burnout.

Dallas ISD art teacher Katrina Rasmussen has heard the same from her own colleagues. The reasons they float for leaving vary; Reasons vary, from rising inflation, too much testing, deadly school shootings .

Some politicians and parents have pushed for book bans and also accused teachers of indoctrinating kids with Critical Race Theory. Teachers feel caught in the culture wars crossfire.

“There’s been a steady undercurrent on various social media platforms of ‘I need to get out,’ like the ship is sinking and we’re all scrambling for the lifeboats,” said Rasmussen. “That’s really what it feels like. I don’t know if that has percolated to the surface yet, but that’s what it’s like within the teacher bubble.”

Bubbling to the surface are comments from teachers saying however bad the year of the COVID shutdown, this past year was worse. As a result, they’re thinking twice about staying on.

Dallas ISD history teacher Andrew Kirk said history shows that whenever there’s a teacher shortage, people like him are forced to take up the slack.

“I’ve seen classes of up to 40 in one room. It could be the entire semester,” Kirk said, adding it might be “a teacher that has less experience because a lot of people have left. But it’ll mean crowded classrooms, and probably a lot of instability.”

That leaves some Texas districts desperately offering incentives to lure and keep teachers. For example, Dallas, Fort Worth and Austin ISD stipends run into the thousands of extra dollars per teacher. Other districts are offering pay raises of 4% and 5%, hefty by state standards.