Alex Jones Says He’s No Phony, But His Lawyer Claims It’s All An Act 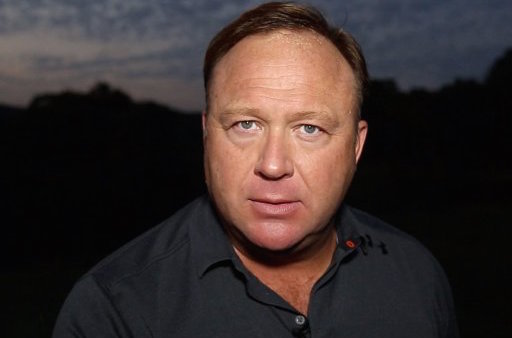 Alex Jones, media magnate, will take the stand Wednesday in a custody battle with his ex-wife.

Conspiracy theorist and media magnate Alex Jones is expected to take the stand Wednesday in a Travis County courtroom.

Jones is locked into a custody battle with his ex-wife, Kelly Jones over their three children.

Central to the case is Alex Jones’ on-air personality. Kelly jones’ attorneys say that the Infowars host isn’t a fit parent – and point to Jones’ expletive-filled and often violent on-air outbursts as proof.

But Alex Jones’ lawyer says that Jones is a “performance artist” and that his antics shouldn’t be understood to represent the real Alex Jones.

Attorney Randall Wilhite said in a pretrial hearing that using Jones’ on-air rants to evaluate his parenting ability would be like judging Jack Nicholson based on his depiction of the Joker in Batman. That statement’s attracted a lot of attention – and raises the question of just whether Jones believes what he says on-air.

But on a Facebook Live video posted yesterday, Jones maintains that he’s no phony.

“You know? I am an actor, we’re all actors, but I believe in what I stand for. I’m not an actor as my main identity, but I’m a talented person,” he said.

The trial is expected to continue over the next week and a half.

April is Child Abuse Prevention Month. That means the Texas Department of Family and Protective Services and child advocacy groups are working to raise awareness across the state.

From Abilene Public Radio, Haley Remenar reports that at a recent event, advocates in Abilene asked community members to lock a padlock on a gate and commit to keeping children safe.

Last year, more than 166,000 cases of child abuse were investigated in Texas and about one-third of those were confirmed, according to the DFPS. More than 200 children died of abuse or neglect last year.

Brandon Gurganus is a victims services specialist for the Child Advocacy Center in Abilene. He says there’s another statistic people don’t often think about: the chances of healing.

“People think that it’s life-damaging and that you can’t heal from it and that’s absolutely not the case,” Gurganus says. “We just want to spread the awareness that you can heal from this and that when it is reported and it is dealt with properly that the chances of a child overcoming it and the family overcoming it is extremely high.”

Baylor University announced yesterday that it has chosen a new president. Linda A. Livingstone will be the Waco university’s first woman to hold that office. She’s currently a dean and professor at George Washington University.