Unmanned aircraft are helping one man look for the bodies of two kids who are still missing after the Memorial Day floods. 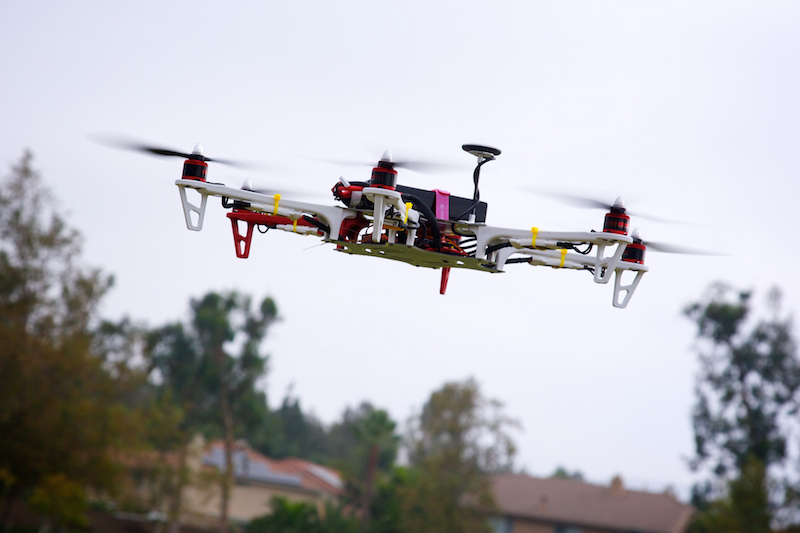 Image via Flickr/Richard Unten (CC BY 2.0)

Drones are joining the search for two missing children.

The last few weeks have been dry for much of Texas. But on the 2015 Memorial Day weekend, Texas saw epic flooding.

The natural disaster made national headlines – 12 people lost their lives – and one family in particular captured the nations’ attention when their vacation home in Wimberley was completely dragged into the waters of the Blanco River.

A few months later, the bodies of two children are still missing.

Maurice Griffin has been trying to find them. But he’s not out there looking for the kids alone, he’s using drones from the Lonestar Unmanned Aircraft System Center at Texas A&M Corpus Christi.

“One of the benefits of using drones was to get in to areas that are hard to access or where it is difficult to see,” Griffin says.

He says cliffs or heavy river flow can make searching difficult. Smaller drones can work with canine units that can pick up on scents. Regular helicopters are more difficult because of the noise and the fact that they destroy scents.

Certain kinds of drones offer district advantages – quad-coppers can go down into areas with debris and fixed-wing drones can create a “real time” map of the area.

“One of the biggest things the general public is concerned about is privacy issues,” Griffin says. In particular, Texas has very progressive in protecting public citizens from the use of images taken by drones.