How Lightnin’ Hopkins Came Back

When a music historian found the blues legend in 1959, Lightnin’ Hopkins hadn’t played the acoustic guitar in a long time. In fact, he’d pawned his own instrument. 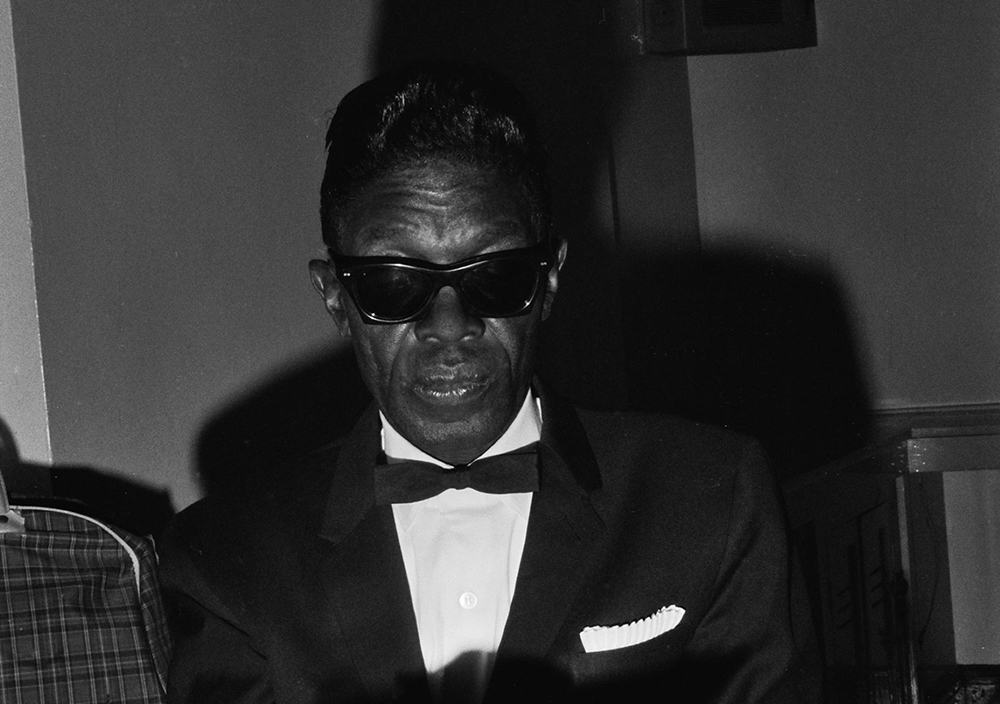 Lightnin’ Hopkins almost gave up playing the blues in the 1950s. Audiences thought his sound was a little outdated, and his career had hit a lull. But in 1959, a music historian and producer named Sam Charters came to Houston to look for Lightnin’. When Charters found him, he got Hopkins a guitar and a bottle of gin, and convinced him to cut a record.

At least that’s how Charters told the story in the liner notes of “Lightnin’ Hopkins,” the self-titled LP recently remastered and pressed on vinyl by Smithsonian Folkways.

Alan Govenar wrote the book, “Lightnin’ Hopkins: His Life and Blues,” which was published in 2010. In the book, Govenar ponders the question, Why does Lightnin’ Hopkins stick in America’s consciousness, and why has he remained there all these years after his passing?

“At the time of his death in 1982, Lightnin’ Hopkins was believed to be the most recorded blues singer in history,” Govenar says.

Govenar says Hopkins drew from a “floating encyclopedia of folk lyrics” for inspiration, allowing him to put together songs on the spot.

When Hopkins was at his lowest point in the 1950s, Govenar says the singer had severe drinking and gambling problems that impacted his ability to make music, and even to keep his guitars.

Charters got the acoustic guitar out of hock, knowing that white audiences who were enjoying the folk revival of the late ’50s and early ’60s, wanted to hear acoustic music.

“He could tell, when Lightnin’ started to play it, that he really hadn’t played acoustic guitar in a very long time,” Govenar says.

Though Charters had given Hopkins the means to play again, it came at a price. Charters paid Hopkins far less than he was used to. Hopkins needed the money.

Govenar says the original Folkways recording Charters made, evoked a bygone era. And that was by design. He had asked Hopkins to perform old songs that he was no longer playing in his shows, but that he had heard or recorded as a much younger man.

“It has this kind of peculiar, unusual, idiosyncratic mix of the past and the present,” he says.

Hopkins is remembered today because of the influence he had on younger performers. Govenar describes the clarity of Hopkins’ chord changes.

“It seemed like playing blues was possible,” he says. “It didn’t sound complicated.”

Later in life, he played with performers who took a more free-form approach to the blues, and it affected his own work. He recorded an album with the 13th Floor Elevators in 1968.

“That’s just crazy in a certain way. How this psychedelic rock band was able to tune into Lightnin’ Hopkins, and somehow they were able to create something together,” Govenar says.