How To Manage The Most Destructive Tree Disease In Texas

Oak wilt has caused the deaths of millions of trees, but there are ways to prevent its spread. 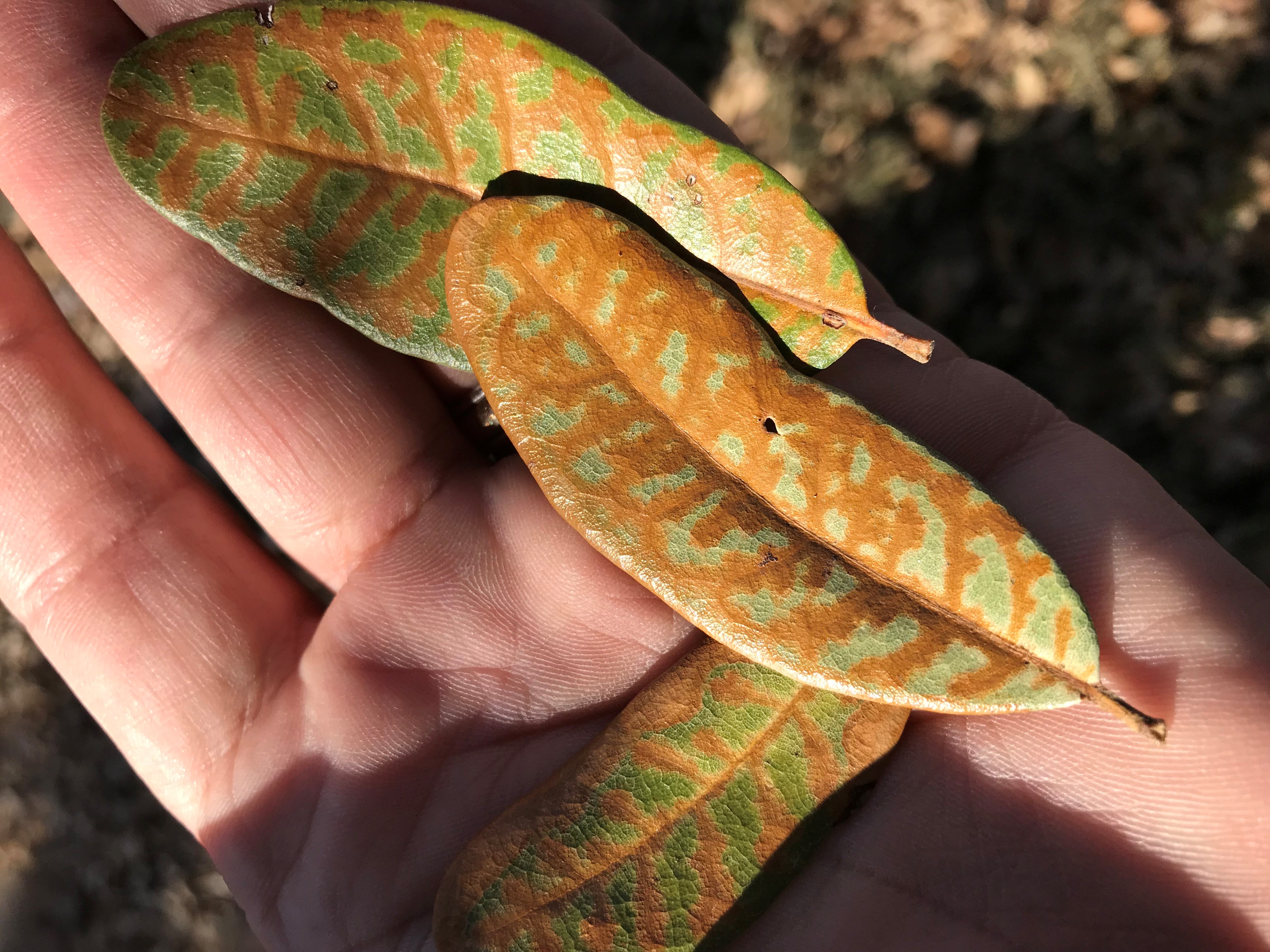 Leaves from a Texas oak tree infected with oak wilt.

Texas is home to three types of oaks: red, white and live, and all are susceptible to a deadly fungus called oak wilt. It’s one of the most destructive tree diseases in the United States, and it’s quickly changing the landscape of Texas – especially Central Texas.

Jim Houser is regional forest health coordinator for the Texas A&M Forest Service, and he says oak wilt has been an issue for longer than most probably realize.

“It was first diagnosed in Dallas in ’61, but then not definitively diagnosed until the late ’80s,” Houser says. “It probably looks like it was here in the ’30s.”

Houser says oak wilt has been devastating. He says a University of Minnesota professor who’s studied the disease said it had the potential to be one of the most destructive tree diseases in U.S. history. In reality, most of the destruction has been limited to Texas.

Houser says learning about oak wilt is important, even for those who don’t have their own trees to care for. His goal is to spread the word so that everyone becomes aware of the problem.

“The message we’re trying to get out is that prevention is what you want,” Houser says. “You prevent it by avoid[ing] wounding the trees February through June; pruning is wounding.”

He also says tree owners need to “wound paint” their oaks when they do prune. That means using latex spray paint on areas that have been cut in order to prevent sap-feeding beetles from getting into the tree and spreading the fungus that causes the wilt.

Houser says once a tree gets oak wilt, it can easily spread through interconnected root systems among neighboring trees.

“It’s rare to find an individual oak come down with it, but once it does, there are root connections to the adjacent oaks,” Houser says.

That’s how the disease spreads, particularly in live oaks.

For infected red oaks, Houser says the best thing to do is to remove the tree, and even burn it to kill the fungus.

“It’s that heat that kills it,” Houser says. “Even if you [just] mulch it, mulch piles heat up; it’s a heat-sensitive fungus.”

To learn more about oak wilt and how to identify it, visit: texasoakwilt.org.