Country Legend Jessi Colter: Her Life As ‘An Outlaw And A Lady’

In her new memoir, Colter celebrates her life with country legend Waylon Jennings, and the music they made together. 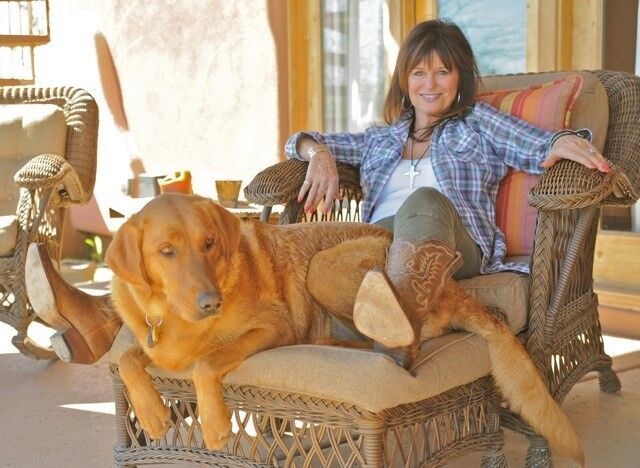 Jessi with her dog, Cowgirl.

Country music’s unique strength is telling stories, not so much telling the future. But when RCA released Jessi Colter‘s first album in 1970, its title turned out to be especially prescient.

It was called “A Country Star is Born.”

Most folks remember Colter as one of the few female outlaws in the 1970s when outlaw country was putting its mostly male stamp on the American songbook. Her hit “I’m Not Lisa” went beyond country, crossing over into the pop charts.

She was also well-known for her musical and personal partnership with Littlefield, Texas’ most famous son, Waylon Jennings. Colter and Jennings were married for more than 30 years until he passed away in 2002.

“He was very much a gentleman and very interesting. It just sounded immediately as I walked into a novel – it was like a movie,” Colter says of the start of their relationship. “Things just happened between us that were remarkably strong.”

Colter tells their story in her new memoir “An Outlaw and a Lady”, and she speaks to Texas Standard about her music, marriage, and faith.

On what made her so loyal to Waylon:

“He was very fun, he was very creative. Every couple’s marriage is unique and you can’t look at another marriage and say ‘How does that work?’ My understanding of Waylon was from the top of his head to sole of his feet, music was in every cell of his body. That doesn’t mean that you always gave him an excuse because of the music. No way! You fought through the differences. But being in love and creative myself and an artist myself, it was nothing for me to respect his genius.”

On how music kept them together:

“We loved [the] creative things that came out of each other. I loved every session he cut. He cut with the intent to make it a single. He was a serious musician and, of course, he was serious when he gambled and played cards and was serious about playing a little too hard. But you know, I wouldn’t trade him for a boatload of somebody else.”

On how Jennings reflected his Texas roots:

“Waylon was Texan. When I couldn’t understand him I’d say, ‘Okay, he’s Texan cause y’all have a government down there and you can withdraw from the union if you wanted to.”