Making Boots Behind Bars: A Huntsville Inmate’s Creations Made Him A Celebrity

Arnold Darby made boots for lawmakers and other state personalities. 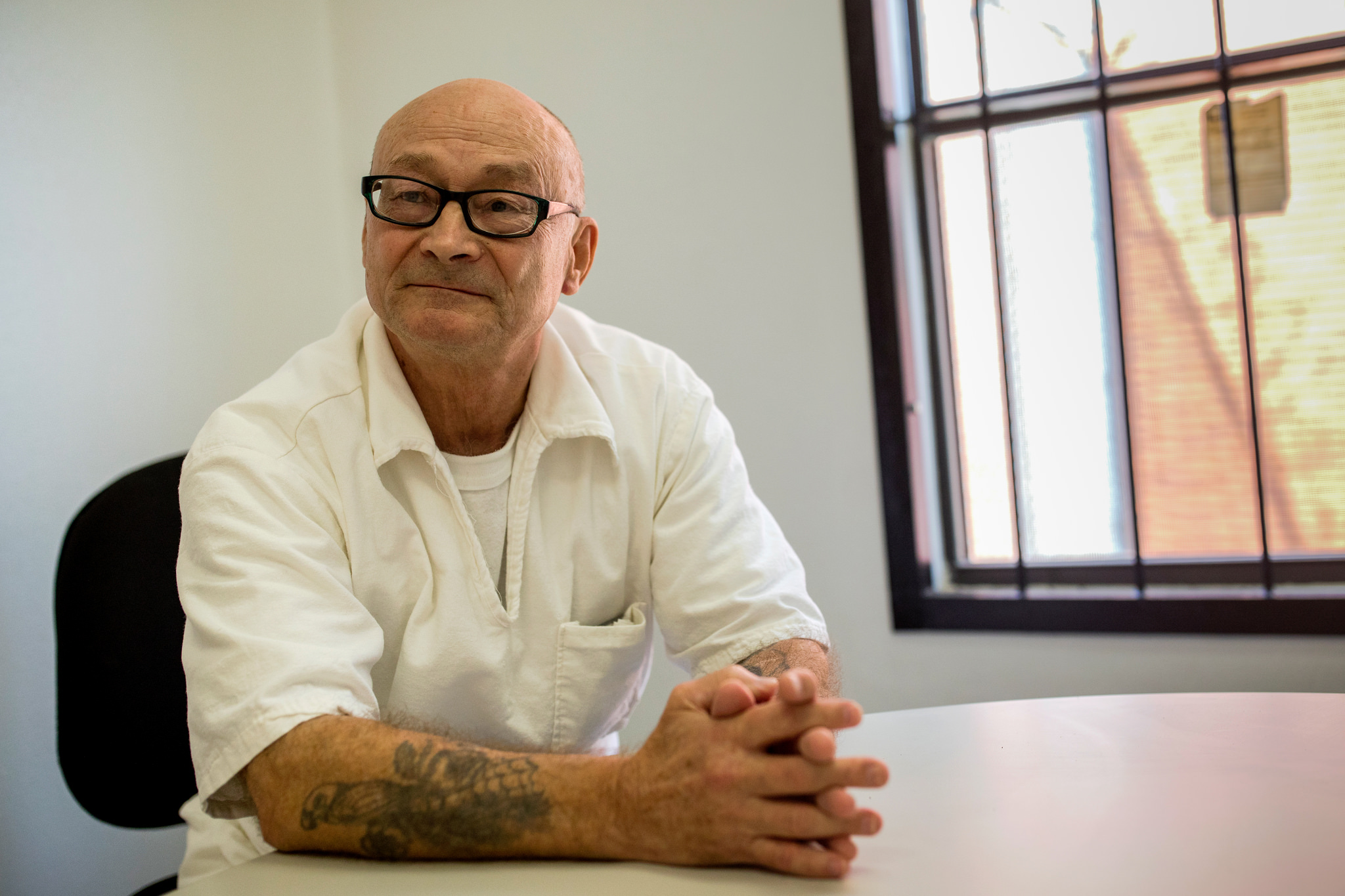 Arnold Darby, a 69-year-old inmate at Huntsville's Goree Unit, speaks with the Texas Standard about his craft as a bootmaker. While in prison, he has made boots for people all across the state, including politicians and athletes.

Like any other cobbler, it took Arnold Darby years to learn the ins and outs of his trade. The one difference? He learned those ins and outs from behind bars. Darby is a convicted murderer in the custody of the Texas Department of Criminal Justice or TDCJ.

“When I got started making boots in the craft shop – you know? I did leather work and eventually I got to a unit to where there was somebody who made boots. And I worked with him as a helper – you know – and learned how to make boots from him,” Darby says.

Eventually, that inmate was transferred and Darby was able to have the shop to himself. He inherited some of the other inmate’s tools and leather materials. “And I began making boots on my own, you know?”

“Darby became sort of a craft shop celebrity. He had a waiting list for boots that went several months,” says Michelle Lyons, a former spokesperson for the Texas Department of Criminal Justice.

A list of Darby’s customers, including lawmakers and other state personalities got Lyons curious.

“I’m from Galveston,” Lyons says. “My entire life I’ve pretty much been a flip flop kinda girl so I’d never had a pair of Texas cowgirl boots.”

So she paid Arnold Darby a visit and decided it was finally time to get her first pair. She knew exactly what she wanted them to look like.

“I took a picture a friend of mine in Galveston had, which I thought were just the coolest things,” she says. “They were red, they had a white and blue pattern on the side. They were just really cool.”

At the prison craft shop, Darby began his 350-step process of sewing, gluing, shanking, grinding, welting, and turning leather inside out. The boots turned out great. But Darby’s not one to brag about his list of clients or the quality of his boots.

The only thing he’ll brag about is customer service.

“I take a lot of pride in my ability to satisfy the customers in the products. It’s the best thing that I do,” he says.

Arnold Darby started his prison sentence in 1975 for aggravated robbery. He killed two people behind bars in the late 70s and early 80s, in acts described as prison gang violence, and was serving a life sentenc. But all the time he dreamed that one day he would walk free, wearing a pair of his own custom boots.

“For me, what I’d like the most would be a pair of shoes made out of alligator, you know,” he says.

In his dream, he even opened up a boot shop in his hometown of Center, Texas. “Darby’s boots, you know I’d love to set it up right there on the square in Center.”

In 2011, after spending 36 years in prison, Darby finally got his chance. He was 62 years old when he was released on parole.

But, things did not turn out as he dreamed.

Darby broke parole and ended up back behind bars on a misdemeanor DWI charge.

He went back to the prison shop, but he couldn’t make boots. He hasn’t made a pair since his parole.

That’s because Texas inmates rely on money from families and friends to buy things like deodorant, pencils and, in Darby’s case, boot materials.

“I get like $100 a month from my family. I didn’t stay in the shop, I just didn’t have the money to get reestablished again,” he says.

In February, Darby was denied parole.

He was saddened by the news but told me he still dreams of getting himself together and, one day, walking out of his cell at Huntsville’s Goree Unit wearing a pair of his own creations.