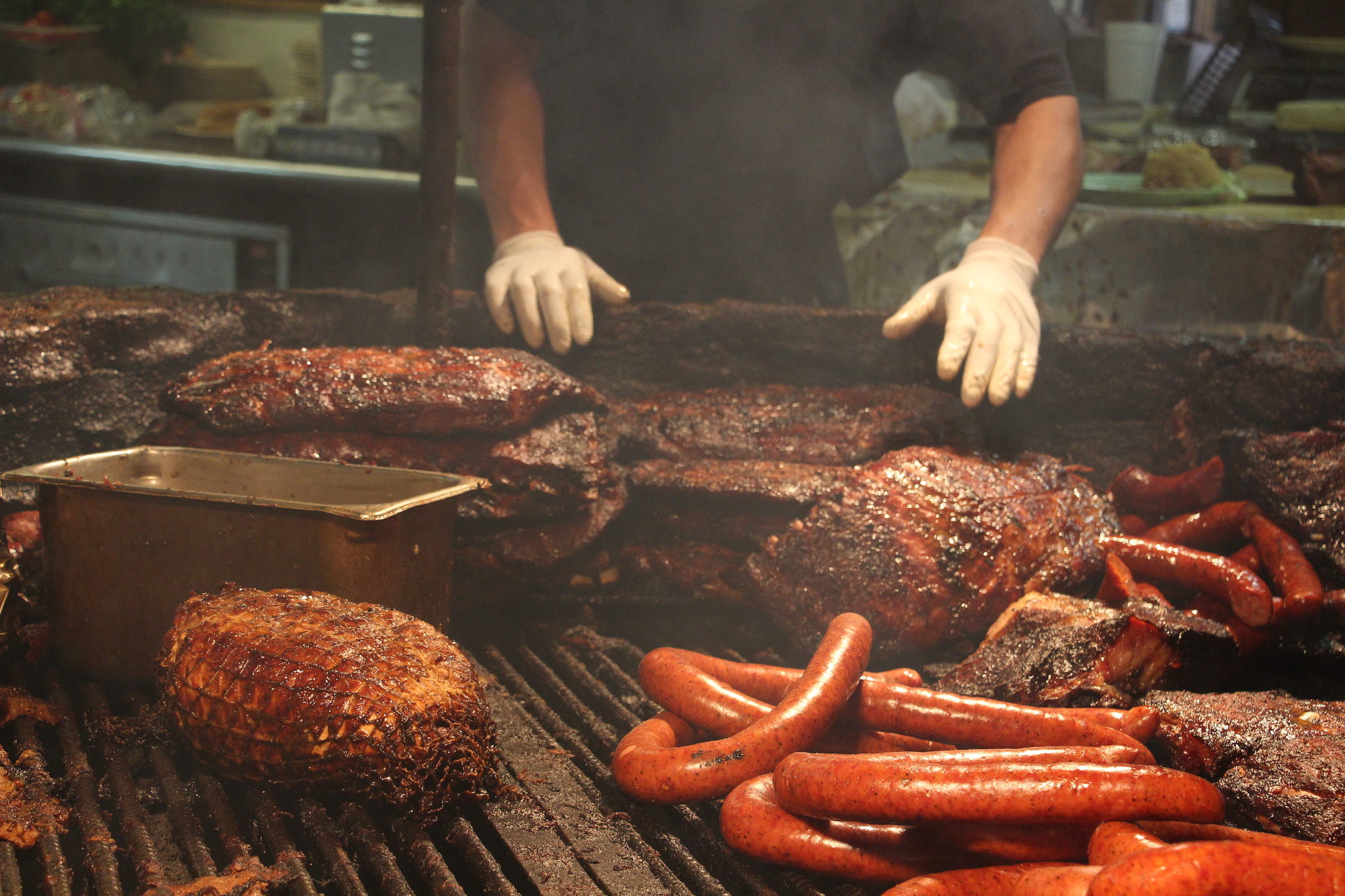 Gardner Selby of the Austin American-Statesman’s wood-fired PolitiFact Texas knows about this – he’s here to set the record straight.

Where’d this statement come from? As our listeners know, the Standard is based in Austin – but Limbaugh is not.

If he went to Austin to check it out, he didn’t say. On his July 28 show, he read from a web post on I Am A Texan stating that this April, the Austin City Council “passed a preliminary plan” restricting smoke from barbecue restaurants. Limbaugh said the web post went on to say the requirement that restaurants install costly devices to diffuse smoke led a business expert to tell council members “these restrictions will certainly kill all but the largest barbecue restaurants in Austin.”

Limbaugh continued: “It is effectively a ban on barbecue restaurants in a town known for its barbecue…What kind of an absurd requirement is this anyway?”

There has been concern in Austin about smoke from barbecue restaurants, pitting a South Austin restaurant against nearby homeowners who say its smoke wafting their way at all hours has reduced the value of their homes. So what city plan was Limbaugh talking about?

We didn’t hear back from him about that. But the web post on I Am A Texan post says the council’s proposal “will require smoke diffusers and will also limit the amount of time that restaurants can smoke” at great cost to the restaurants. One business expert is saying it’s going to kill all but the biggest establishments. The post says that’s effectively a ban on barbecue restaurants in a town known for its barbecue.

I see how Limbaugh would pick up on that. So, the city council in Austin is for real – planning to cut back on smoke from pits?

In March, council members questioned how regulating smoke emissions would affect small businesses and longtime barbecue shops. A month later, the council directed city staff to study this up and come back with recommendations, maybe something about smoke-control rules.

Then, in May, the Economic Opportunity Committee recommended against citywide smoker limits, saying instead that city officials should review concerns on a case by case basis.

So the city could still have been intent on smoke limits?

You’re right, there was another committee out there. We wondered about that and we reached out to the committee chair, council member Ora Houston, who declined to predict what the panel would do – but did say it was her preference that the city not ban barbecue smoke citywide.

This didn’t figure into our research, it occurred after Limbaugh made his statement, but that committee recently voted unanimously not to ban pit smoke.

Well then, the Texas Truth-O-Meter must have found his pants to be on fire?

Right! Limbaugh aired what was at one time a fear. We identified no factual indication the city was moving in this direction. As we said, the latest panel had said no way, so yes: Pants On Fire.