See The Artistic Side Of Farrah Fawcett That Most Never Knew

The Corpus Christi native was a talented sculptor and sketch artist. Charles Umlauf and Farrah Fawcett in about 1970.

Farrah Fawcett was probably best known for an iconic haircut, her role on “Charlie’s Angels” and as the model for the best-selling pinup poster of all time. But what you might not know about the native Texan is that she also sketched and made sculptures throughout her adult life.

Fawcett came to the University of Texas at Austin in the mid-1960s – where she studied art under Professor Charles Umlauf. Umlauf used Fawcett as a muse and she inspired some of his own work.

An exhibit of Fawcett’s work and of Umlauf’s work depicting her is on display through mid-August at the Umlauf Sculpture Garden and Museum in Austin. Katie Robinson Edwards is curator of the Umlauf Museum. “She was excellent,” Robinson Edwards says. “She had a real skill, naturally, at life drawing, took really well to training, excellent at sculpture. I think she was always a little bit better in sculpture.”

Hollywood came calling before Fawcett reached graduation but she continued to make art on the side, while pursuing her acting career.

“She kept it up her entire life,” Robinson Edwards says. “And she would make multiple copies of things in plaster and then do them in bronze. She would do sketches and drawing and then give them to people as gifts. She did not exhibit these.”

The exhibit at the Umlauf also includes correspondence between Fawcett and Umlauf along with some other personal artifacts.

“She said she never felt more like herself than when brown, in a ponytail and she was working on a project and she was wearing a t-shirt and getting dirty,” Robinson Edwards says. 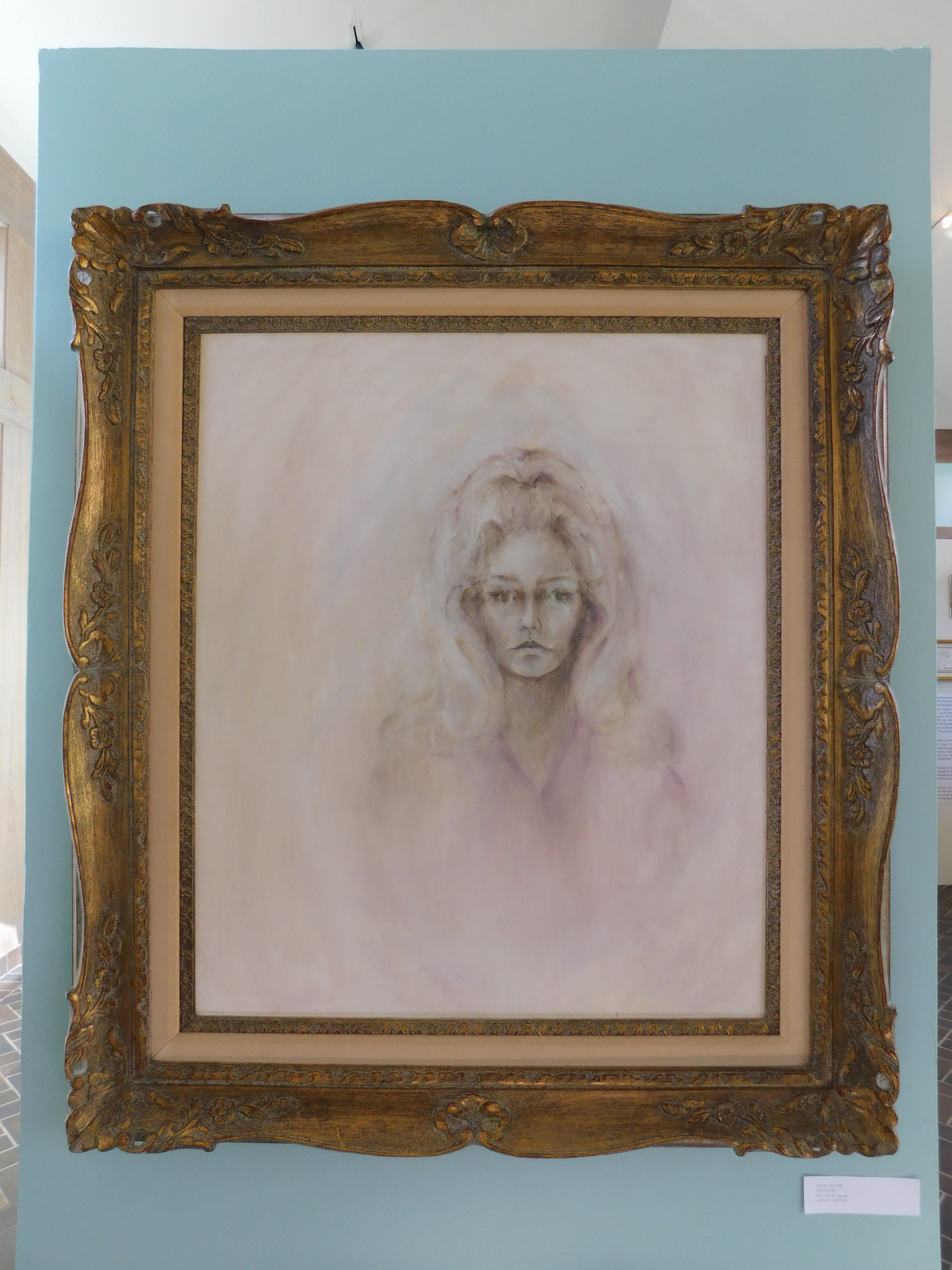 Farrah Fawcett self portrait circa 1970. (From the collection of Greg Walls, image courtesy Umlauf Museum)