Tarantula hawks can sting. But it’s the tarantulas that really need to watch out. 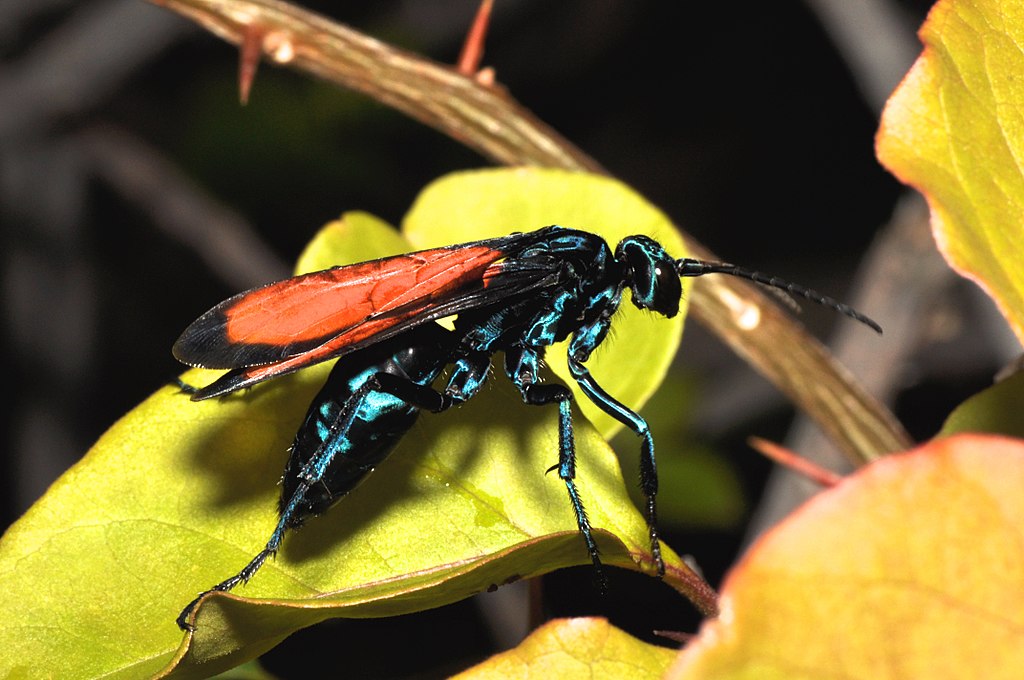 Tarantula hawks are big and beautiful. In fact, that beauty is, in part, a warning to leave them alone. That’s because they have a very painful sting.

But Texas A&M AgriLife Extension Service expert Wizzie Brown says that’s mostly a trick. For one thing, only the females that have the ability to sting. And for two, tarantula hawks are much more interested in tarantulas than they are in you.

“A good rule of thumb is if you have a wasp or anything kind of buzzing around in your space, just keep on walking to get out of their territory and they will generally leave you alone once you get out of their space,” Brown said.

Now, if you are a tarantula, watch out. Because what comes after that sting is even worse.

Tarantula hawks are a type of a spider wasp. They are among the most common wasps found in Texas and they are easy to spot because they are so big – they get up to two inches in length.

Their wings are a rusty orange color and, Brown says, some species have curled antennae that are also kind of a bright reddish orange color.

That bright color combination is a warning to other creatures. And there’s a fancy name for it: aposematism. Both male and female wasps have this coloration even though only the females can sting.

“So unless you’re swatting at them or trying to grab them, they’re going to pretty much leave you alone,” Brown said.

That is, unless, you are in the territory of a mating male. The males often hang out on tall plants waiting for females to pass by. But, again, though a male might buzz around you, it doesn’t have the ability to sting.

Why tarantulas should watch out

Like the name implies, tarantula hawks hunt tarantulas. But, even more, they are parasitoids of tarantulas.

Adult tarantula hawks eat nectar. They need the tarantulas to feed their young.

“They will sting a tarantula and that paralyzes the tarantula, and then they will drag that tarantula back to this burrow that they created in the ground and they lay a single egg on that tarantula,” Brown said. “When the larva hatches out of the egg, it actually eats a hole in the abdomen of the spider that is still alive at this point, and it will crawl into that hole and it will start eating the spider from the inside out.”

But that’s not all.

“They actually will avoid the vital organs so they can keep that spider alive as long as they possibly can, so they can last until they pupate and then emerge out as adults,” Brown said.