Texans should watch their crepe myrtle trees for these destructive pests

Crepe myrtle scales are pretty new to Texas but they are quickly doing damage to many different types of trees. 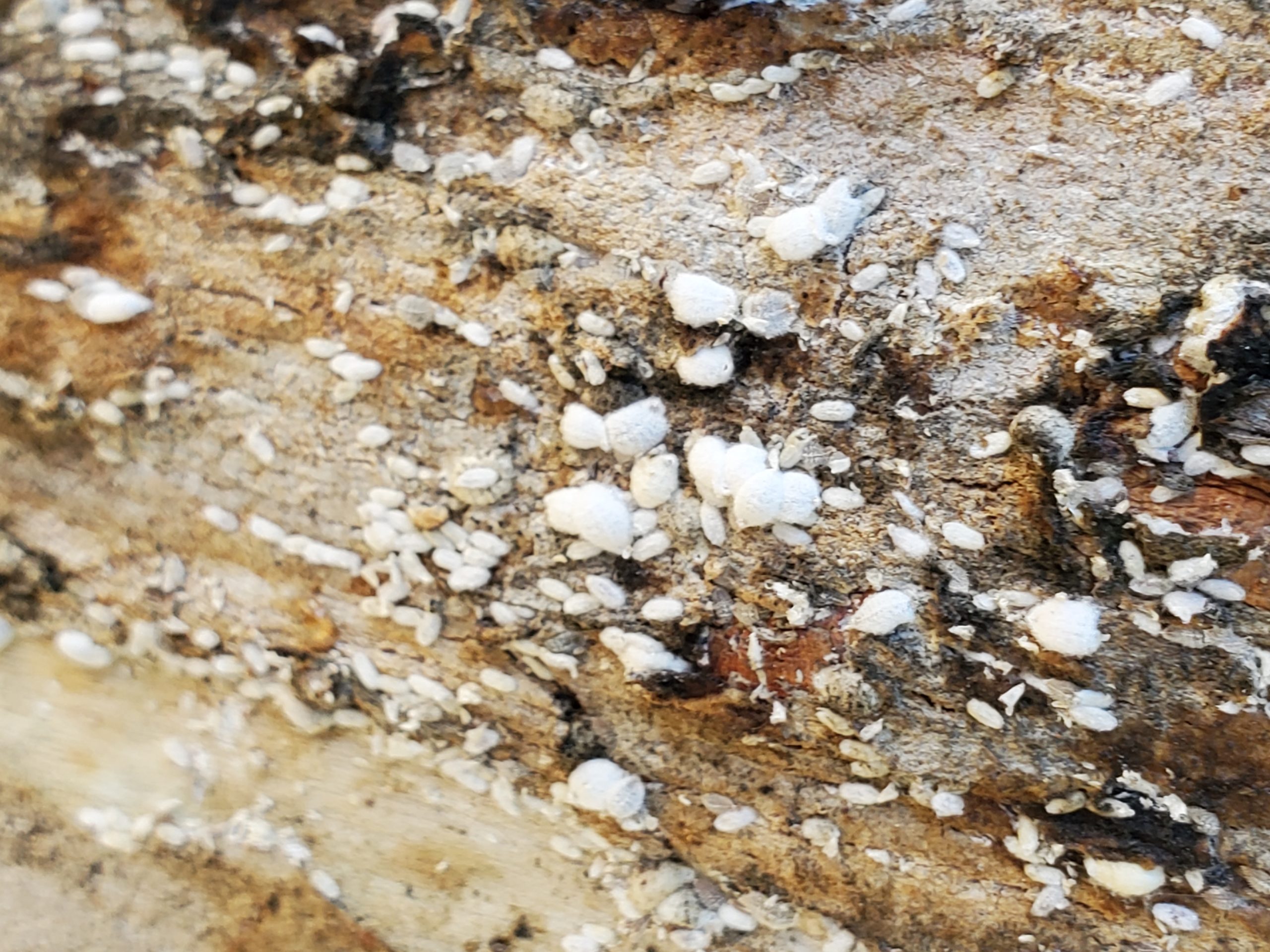 Crepe myrtle bark scales are relatively new Texas pests. They were first discovered in North Texas in 2004. While its name reveals it does indeed target crepe myrtle trees, Texas A&M AgriLife Extension Service Specialist Wizzie Brown says other plants and trees such as persimmon, pomegranate and common fig are at risk as well.

While crepe myrtle bark scales don’t look like insects most of us are familiar with, an infestation is pretty easy to spot. Brown explains that the insects will find a place on a tree, then settle in and start feeding on the tree’s phloem or sap. In the process, they’ll excrete a sticky substance that can lead to a black mold.

Depending on the time of year that you are looking, Brown says you can see both the crepe myrtle scale egg sacs and the adult scale covers with your naked eye. They are usually a whitish color. The females are going to be an oval shaped while the males are going to be more of an elongated or elliptical shape.

But these insects are only mobile in the first stage out of the egg – what Brown calls “the crawlers.” Early on in an infestation, you might see a bunch of little white things all over the trunk and branches. If you squish one, it will emit a pink liquid.

What exactly is that sticky substance?

The scales feed on sap and excrete a waste product called honeydew. Honeydew is a very sweet, sticky, shiny substance.

Honeydew can also lead to a fungus called sooty mold.

“And so it goes from the tree having the white scales on the trunk and the bark. And then that starts getting that kind of shiny, sticky honeydew stuff on it. And then it starts getting that sooty mold growing on it. And eventually, if you kind of leave it and do nothing about the crepe myrtle bark scale, your crepe myrtle tree is going to turn black because it’s just going to be completely covered with sooty mold,” Brown said.

And that’s a giant, black, sticky mess that can be a really huge problem for your tree.

Brown says the first thing to remember about treating crepe myrtle bark scale is that they do have natural enemies – such as ladybugs or lady bird beetles. So any treatment should make sure not to harm those beneficial insects.

With that in mind, the best treatment for crepe myrtle bark scale depends largely on when you’ve discovered the infestation.

Treating early in the year: at bud break

By early in the year, Brown means at bud break for flowering plants. In Central Texas, she says this is typically around March. During this time, Brown recommends using a drench application of a systemic pesticide around the base of the tree – something like imidacloprid or dinotefuran.

“And I know a lot of people are against those because [they harm] pollinators and I completely get it. But that is why we’re encouraging you to do that application at bud break before that plant is actually flowering and you don’t have to worry about it hurting the pollinators or other things like that,” Brown said.

Brown says a drench application around the base of the tree will get taken into the plant tissue. When the crepe myrtle scales start feeding on the sap of the tree, the pesticide will kill them off.

Treating when the crawlers are out

If you’ve missed bud break, Brown says there is a short window to treat when the crepe myrtle crawlers are out. In Central Texas, that is anywhere from mid-April to early May.

Brown says these pesticide sprays along the bark or the trunk of the tree will not penetrate the waxy covering that the adult insects cover themselves with but will kill them at the “crawlers” stage before they settle in to eat for good.

“And that’s why timing is so critical then and why you have such a small window to hit that,” Brown said. “So you really need to monitor the activity, and you can do that by putting double-sided tape around the trunk or branches and kind of looking at that.”

Insects will get stuck on the double-sided tape – so can actually monitor when you have those crawlers moving about.

Treating later in the year – and non-pesticidal treatments

If you miss those early season treatments, Brown says you should only consider non-pesticidal treatments. These are also options you can use if you’re otherwise averse to using pesticides.

One option is to use a high-pressure water spray to physically knock the scale insects off of the branches and the trunk of the tree.

“And I would use like a high-pressure water spray with that, not just the garden hose,” Brown said.

The other option is to get a bucket of soapy water and a stiff scrub brush and literally scrub down the trunks or the branches. These might be tactics you’ll need to employ even if you also use pesticides since, though the insects might be dead, they will leave their scales behind.