The Airline That Started With A Cocktail Napkin

Two men walked into a bar – and made aviation history. 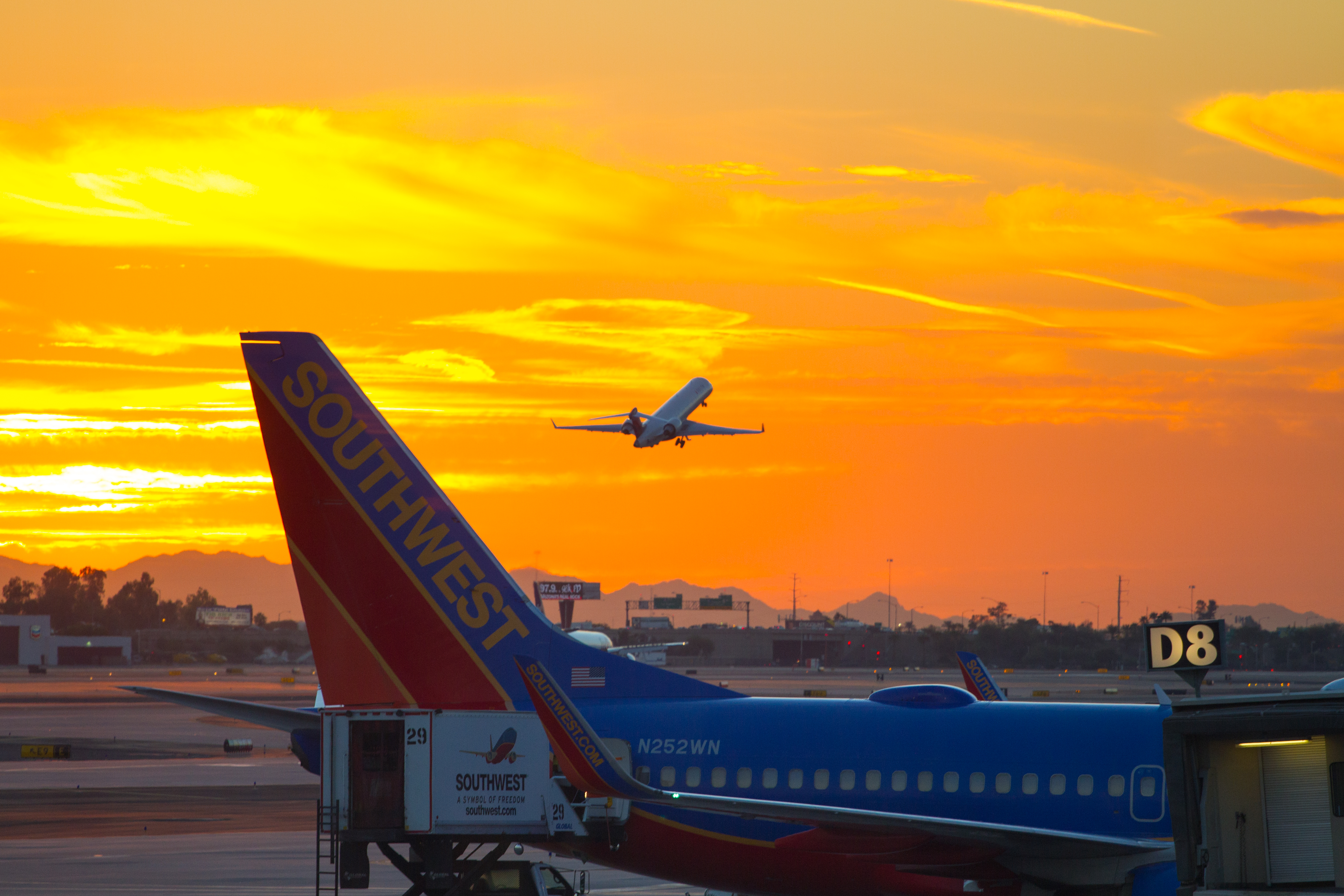 This story starts off like many good stories do: two men walked into a bar. Now, we have to expand it a little, two men walked into a bar in San Antonio fifty years ago. Okay, it was actually a restaurant & bar. They ordered drinks, and perhaps hors d’oeuvres. One grabbed a cocktail napkin, took out his pen, and said to the other, “Here’s the plan.”

He then drew a simple triangle on the napkin. At the apex of the triangle he wrote Dallas. The bottom left he labeled San Antonio. On the bottom right he wrote Houston. He said, “There – that’s the business plan. Fly between these cities several times a day, every day.” And that is the story of how Southwest Airlines began, on a simple napkin in a bar in San Antonio.

The two men were Rollin King and Herb Kelleher. Rollin was a pilot and a businessman and Herb was a lawyer. Rollin would become a managing director of the company and Herb would become its chairman. There is a plaque at the Southwest Airlines headquarters that enshrines a version of the original napkin with this exchange:

There are many things that Southwest became famous for. First, its LUV nickname, which is still the company’s stock market trading symbol. It introduced hostesses, as they called their flight attendants then, in hot pants and white go-go boots. They were competing in the sexy skies where Braniff stewardesses wore Pucci chic – uniforms by Italian designer Emilio Pucci – and Continental advertised, in a not-so-subtle double entendre, that they “moved their tails for you.” Southwest hostesses cooed in their ads, “There’s someone else up there who loves you.”

But beyond the sizzle, there was genuine business genius in Southwest efficiencies: peanut fares and the ten-minute turnaround, which had never been achieved before. To date, Southwest has flown over 23 million flights without one fatality. Now that’s a safety record.

Perhaps the coolest story in Southwest Airlines’ history, and relatively unknown, was the fare war they fought with now defunct Braniff Airlines in 1972. Braniff went head-to-head with Southwest on the Houston-Dallas route, offering $13 dollar fares as a means of “breaking” Southwest, which didn’t have deep pockets. Southwest responded with a $13 dollar fare or a $26 dollar fare that included a free bottle of Chivas, Crown Royal or Smirnoff.

According to airline lore, for the two months before  Braniff surrendered, Southwest was Texas’ biggest distributor of premium liquor.

Not long before he died, Rollin King confessed that the napkin story wasn’t entirely true, but he said that it was a “hell of a good story.” It was sad to hear that, but too late: the myth had become more powerful than the reality. An old saying in journalism is that when the legend becomes fact, print the legend. This is what I prefer to do. After all, it is hard to imagine that a concept so perfectly observant of Occam’s Razor – the simplest solution is usually the best – would not have, at some point, been sketched out on a napkin, a legal pad, or the collected dust on the hood of Cadillac.