When the oil boom hit, folks in the Permian Basin not only experienced a population explosion – they also saw skyrocketing crime. Now, meet the nation’s first oilfield crime task force. 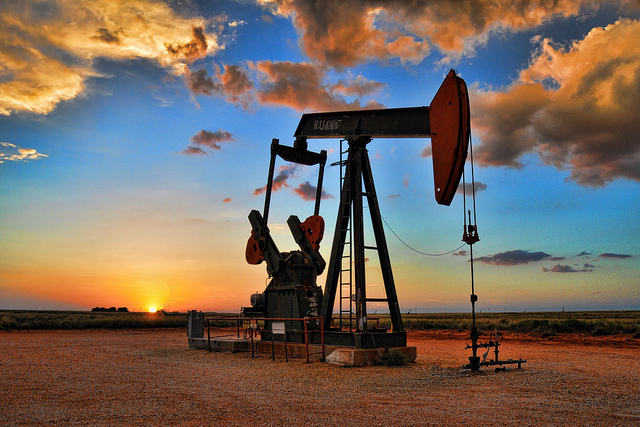 The oil industry is slowing down, but crime rates remain high in West Texas.

When the oil industry was booming, people would move to the area from all over the country to get in on the action – but as the industry is slowing down, people are resorting to theft to feed their drug habits, or to try and get back to where they came from.

Gary Painter, sheriff of Midland County talks to the Standard about the crimes being committed, and what is expected to happen in the future.

“It’s a never-ending deal for us; it is always going on,” Painter says.

“We have a case right now where two men and one woman that took a van, drove out at night to a workover rig, stole all the tools off of it – so much that the van was squatting down on their tires – and brought it back into town. And over the next few days, they sold the tools off where they could get enough money to buy their methamphetamine.”

“We have others that are secretaries, that are clerks, that are accountants in different companies that are false-billing, double billing, creating fictitious names and are drawing paychecks and cashing them out to the tune of hundreds of thousands of dollars,” he continues. “It’s never a surprise what comes up next in the oil field-it’s something everyday. They’ll steal anything and everything – it’s just the nature of the beast right now.”

With falling oil prices, you’d think people would leave and crime rates would fall – but Painter says that’s not the case.

“We do not anticipate it to taper off for probably several months. For the last couple years or so we have had the lowest unemployment rate in the nation – around 2.8 percent. We have had the highest housing, around $250,000 for a house. The highest average salary in the Midland area was around $86,000, $100,000. People came here looking for the pot at the end of the rainbow. Some found it, some didn’t.”