This Austin cake decorator’s creations are hyper-realistic. Things can get a little weird.

Anyone want a slice of selfie cake? It’s one of Natalie Sideserf’s unforgettable creations. 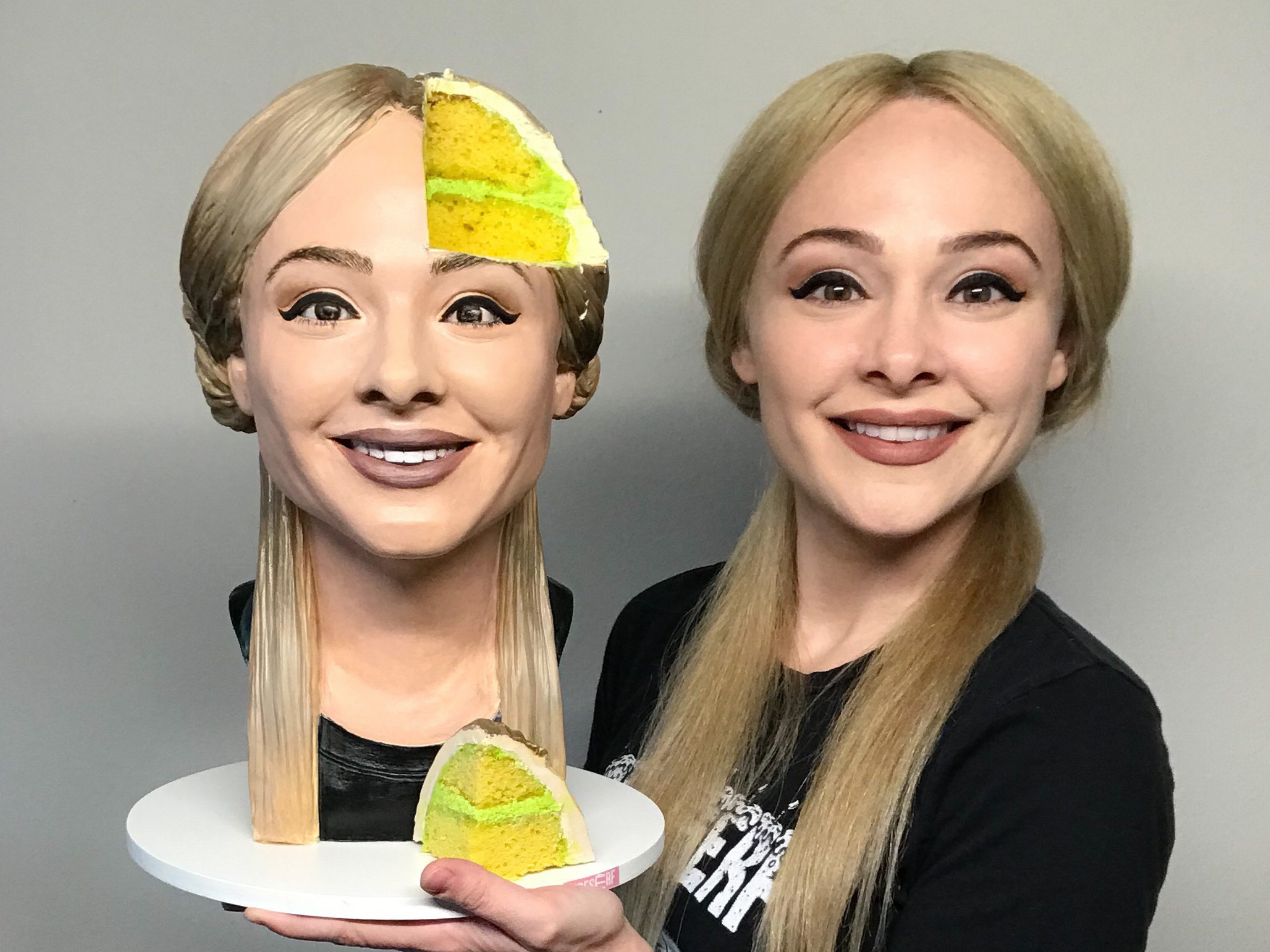 Natalie Sideserf is an Austin-based cake artist who specializes in hyper-realistic cakes. Her intricate work earned her a show on the Food Network and guest appearances on baking shows like “Nailed It,” and she regularly showcases new creations on her YouTube channel. The results are amazing – and can be more than a little disturbing. Listen to her describe her work in the audio player above, and check some of her creations below. It looks like a raw steak from the grocer, down to the H-E-B meat counter sticker. But it’s actually a cake.

“After I graduated from Ohio State with a fine art degree, a friend of mine asked me to make a sculpted cake. And since I was in art, I kind of gave it a shot and I realized how cool it was and how much opportunity there was to really push the idea of realism in cakes.”

“I use a green buttercream on almost all of my cakes. It’s this really wild, unexpected color that you that you just see when you cut into the cakes. One, it’s very shocking and it’s a little bit strange, which I love, but also it helps people recognize my cakes, because it’s used so rarely in cakes.” “One of my favorite cakes that I’ve made is actually a cake of myself. I call it a selfie cake.”

“It was basically a self-portrait. And I was really interested in the idea of trying to get as close as I possibly could to replicating myself in cake. And I thought that because it was a self-portrait, that was the best opportunity to really capture my likeness because I was able to take photos of myself from all different angles. I was able to really measure my own face and look in the mirror and see what I look like, rather than making a cake of someone else. So that was definitely one of my favorite cakes – and one of my most popular cakes too.”

“One of my most shocking cakes that I’ve ever made – it was actually a cake of me and my husband’s severed heads for our wedding back in 2013. We were married at the Alamo Drafthouse movie theater, and it was just this fun, horror themed wedding that was around Halloween. So while everything else regarding the wedding was a little bit more on the traditional side … we made a cake of our set of severed heads.” (Image potentially NSFW.)