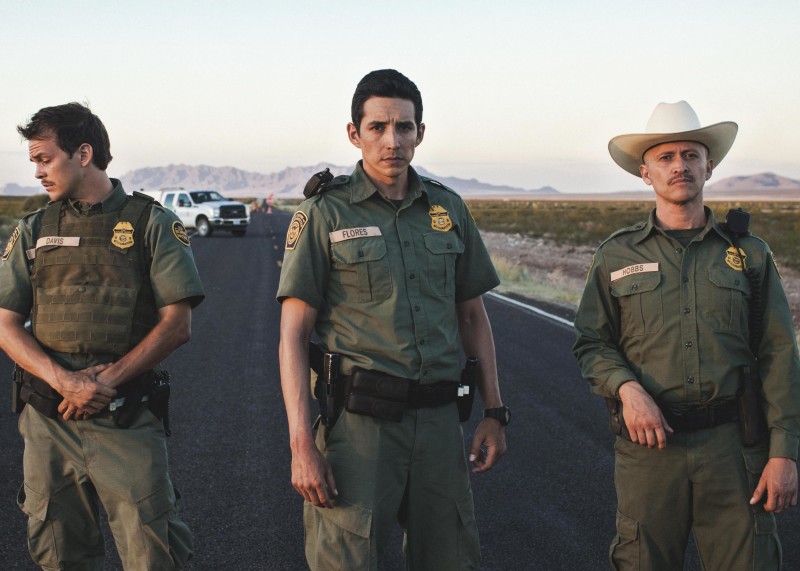 Every year, South by Southwest features films by and about Texans. Some of that is by design – there’s a whole section of the fest designated to short films related to Texas. But other times, it’s just that festival curators loved a film that happened to be about Texas.

This year, there was “The Liberators” about the discovery of medieval treasure in a tiny Texas town, and “Silicon Cowboys” – about how the Compaq computer was dreamt up at a Texas diner. And then there was “Transpecos.”

“Transpecos” is about border patrol agents in far West Texas who are implicated in a complicated case of corruption.

Gabriel Luna stars in the film. The native Austinite says he drew on memories of visiting the Big Bend border region as a kid.

“You know there’s a lot of gray area. It’s not all black and white,” Luna says. “What I remember most is that there was this woman, a very tall woman as I recall, an American woman who walks into this tiny little cantina like soaking wet from the neck down. She swam across,” Luna says. “You know, swimming across because they wanted to enjoy a beer and have a nice meal. How strange and how completely reversed it all is now and how impossible that is these days.”

“Transpecos” director Greg Kwedar has border stories of his own from working in Nuevo Laredo.

“It was about midnight and we were crossing back into America and in the long line over the Rio Grande on this bridge,” Kwedar says. “These three teenagers, Hispanic teenagers, walked right up the middle of the road. And then all of a sudden we saw them shimmying along the bridge, dropping into the U.S. side, going through a hole in the fence and they were into America. And I was just sort of shocked by that because this was one of the four most heavily-guarded entry points into the United States.”

Kwedar says he wondered what the rest of the 2000-mile-long border was like. Much of it West Texas desert. He decided to put his documentary film background to use and do some research – four years of it – including many conversations with border patrol agents.

“My writing partner and I, Clint Bentley, would just roll up in the middle of nowhere, pretend we were lost Canadian tourists with an upside down map and then we’d just sort of start chatting them up,” Kwedar says.

The result is “Transpecos,” which explores the boredom, brotherhood and serious danger that can come along with being in the border patrol. One hard to ignore character in the film is the landscape.

“You know the desert, at times, can be warm and inviting and stunningly beautiful – I mean some of the best sunsets you’ll ever see,” Kwedar says. “But in the same stroke it can turn into a very violent, oppressive place.”

That beauty and violence collide in the final scenes of the film – where a real-life dust storm changed the outcome. Actor Gabriel Luna improvised.

“You know we had it scripted one way but then you get there and you just gotta go with what your heart feels and that’s what came out in the moment,” Luna says.

“Transpecos” is one of the many South by Southwest films hoping to get attention – even distribution – after the festival is over.