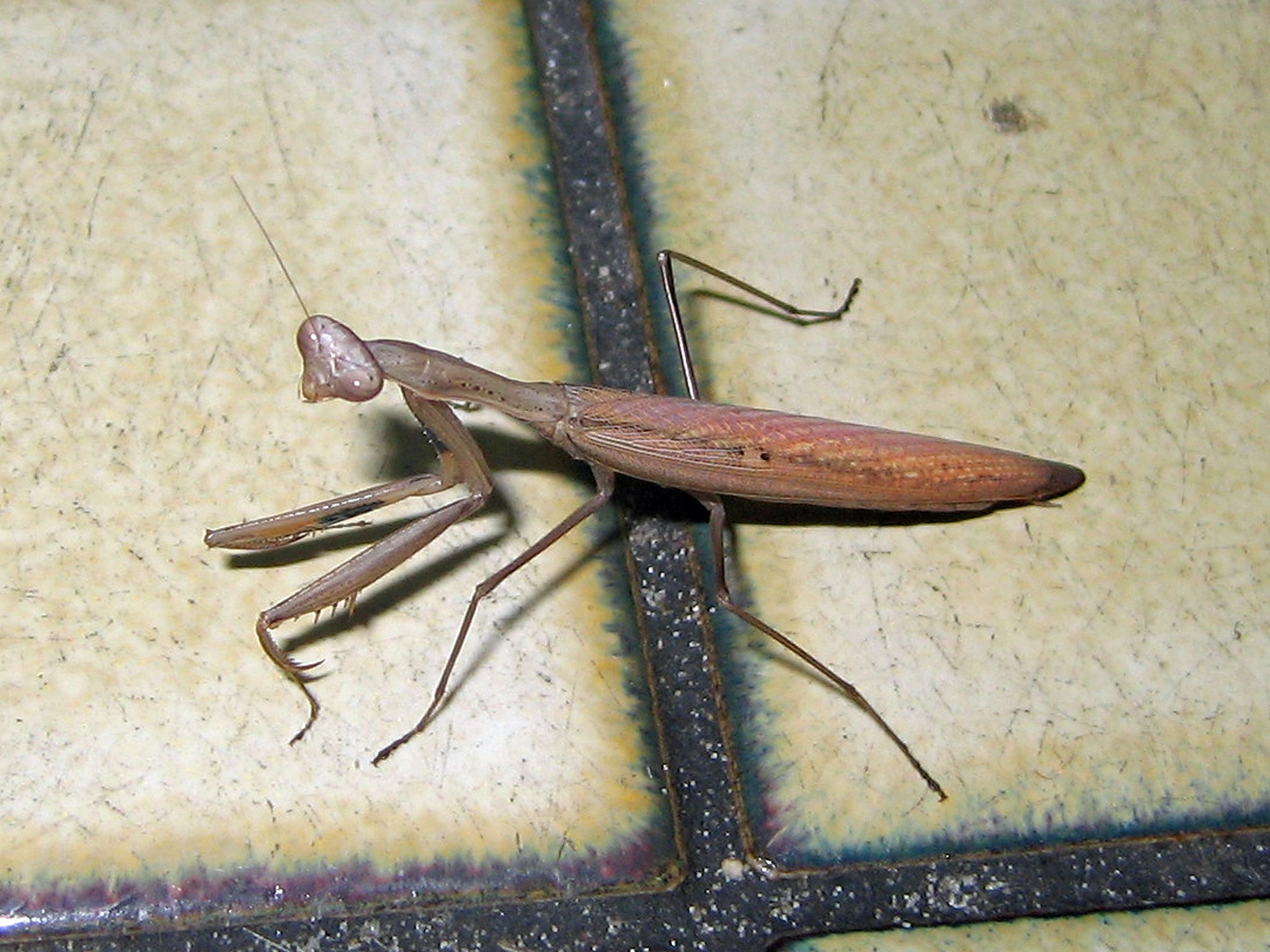 In most cases, you should be saying praying mantid – with a d – instead of praying mantis – with an s. The word mantis can be correct but only actually applies to a very specific genus of the species. So mantid is typically more accurate.

But even though they are predators seeking prey – the first part of their name is correctly spelled as praying. Brown says that moniker dates all the way back to the 1650s and refers to the way they hold their specialized front legs.

“These are going to be medium to large insects,” Brown said “And they’re going to be usually either a shade of green to a brown color, depending on what species that we’re dealing with.”

The mantids also have triangular heads that they can turn 180 degrees so they can look around to search for food and they have very large eyes – something you’ll notice often in predators.

Another distinctive feature is its raptorial front legs.

“And if you look closely at their front legs, they actually have these big spikes or spines,” Brown said. “And so that allows them to kind of impale whatever they grab a hold of, and it holds it in place so they can actually eat it. They will eat their prey while it is living.”

Female mantids are larger. The mating process involves the smaller male jumping on her back.

“So mating can be a somewhat, I’m going to say, traumatic process for the male praying mantids,” Brown said. “They have to jump onto the back of the female and, if they miss, then they’ll get eaten by the female. If they don’t miss and they hang out there, a lot of times while they are mating with the female, the female will turn her head around and she will bite off the male mantid’s head and she will then eat the head while the male continues the mating process.”

The female will lay between 15 and hundreds of eggs in a sort of foamy liquid. That foam will dry out and harden and serve as a protective case for the eggs during the winter. In the springtime, they’ll hatch out and be mature by late summer.

“And then they’ll go through the whole process again,” Brown said.