Texas has an official death count from the 2021 blackout. The true toll may never be known. 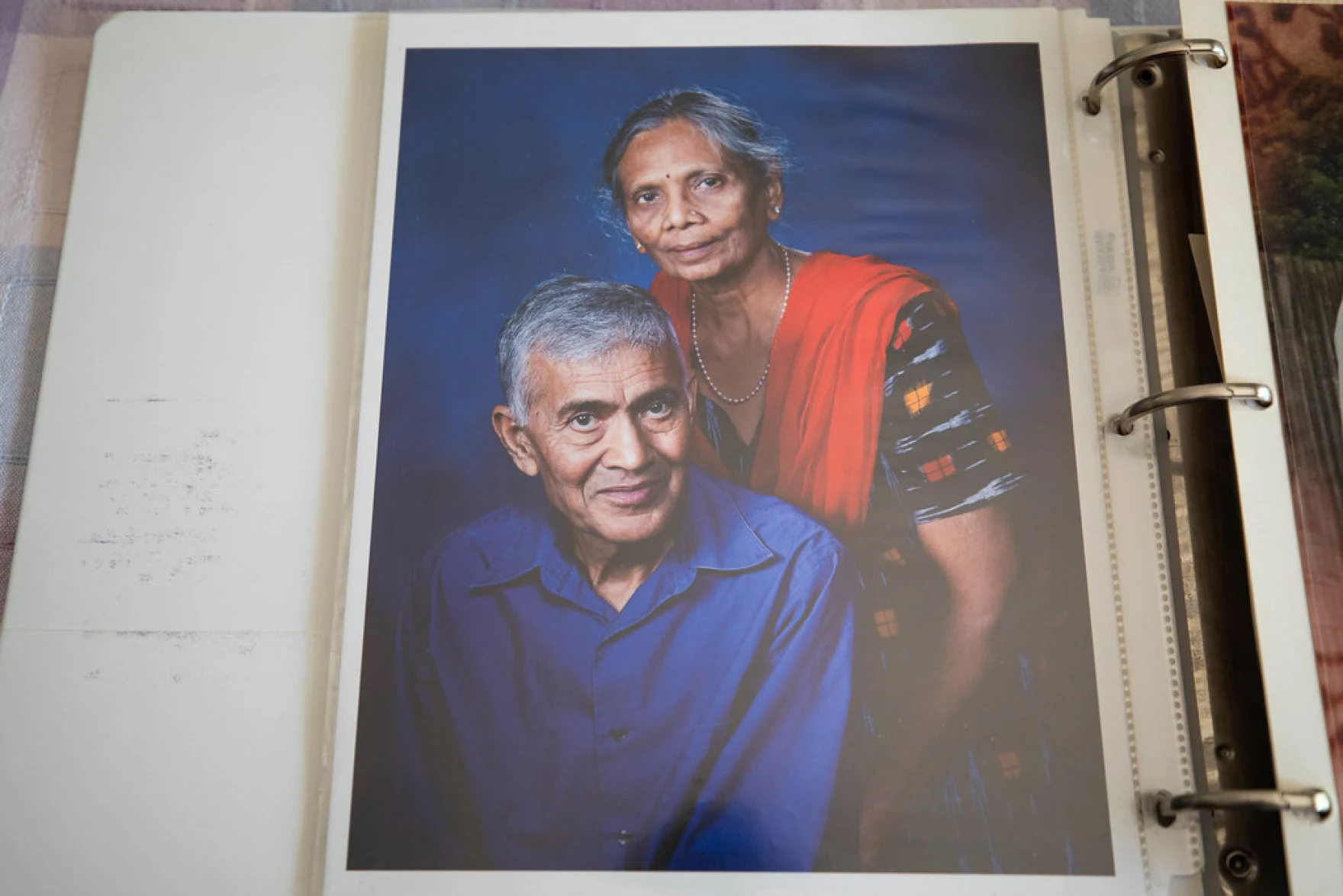 Minal Shah flips through a photo album and lands on a portrait of her parents, Lalji and Manjula Shah, at their home in Austin. Manjula died from hypothermia during the 2021 blackout; her husband died shortly after.

The power went out for millions of Texans during a massive storm in February 2021. Hundreds of people died. How could something like this happen in the energy capital of the U.S.? Hosted by Mose Buchele, The Disconnect looks at more than a century of events that led up to the blackout and what happens now. Click here to subscribe to the podcast.

In Minal and Rajeeta Shah’s backyard, there once stood a cedar tree.

The tall, broad canopy provided shade for the sisters’ garden below, a garden with sunflowers and tulsi and lemongrass. It’s a garden their mother, Manjula, preened and pruned and nurtured for nearly two decades. It still flourishes, despite the best efforts of the Texas sun.

Like their mother, the tree is gone, taken from them suddenly and without ceremony — and on the same day, no less — during Texas’ historic freeze last year.

The sisters and their brother Tushar, who lives across the street in Austin, discovered the tree had collapsed when they got home from the hospital that February. The oasis they’d created — a world within a world where the three siblings cooked and shared meals every day — was gone forever.

Manjula was one of 246 people who officially died as a result of the storm, during which millions of Texans lost power. The 85-year-old developed hypothermia in the cold and was rushed to the hospital. It was too late.

Manjula’s husband, Lalji — who died four months and five days later — didn’t meet the criteria to be on the state’s official list. Neither did hundreds of other Texans.

Researchers say the state’s death toll is a severe undercount.

Karlinsky is a researcher and a member of the World Health Organization’s technical advisory group on COVID-19 mortality.

“I’m an expert,” he said. “Unfortunately for me, I am an expert on excess mortality.”

That term is an antiseptic term researchers use for deaths that statistically should not have happened.

“It’s simply a measure of how many people have died above and beyond what you would expect under normal circumstances,” Karlinsky said.

Think of it like a heart rate monitor. Every day there’s a steady rhythm of deaths like the beep-beep of a person’s heart on an electrocardiogram. When nothing else is happening, that rate remains pretty constant, but when there’s a natural disaster or an armed conflict or a massive power outage, that heart rate spikes.

Karlinsky estimates 814 deaths statistically should not have happened when they did in Texas. That’s more than three times higher than the official state count. It’s even a little higher than the estimate Buzzfeed News reported for a story Karlinsky was consulted on. And this excess mortality appears unique to Texas, he said; it didn’t happen in neighboring states where the weather was bad but the power stayed on. “That alone, I think, gives you an idea that most of this is probably coming from the power outage and not from extreme temperature or the storm,” he said.

The Texas Department of State Health Services has pointed out that what we’re talking about here is a statistical exercise. The number the state published is a count. It includes only those deaths where the medical examiner or coroner indicated the freeze played a role.

That does not mean the count is more accurate, Karlinsky said.

“If you look into the record, some of the records from the coroners, they say mundane things like a heart attack,” he said. “But again, a heart attack could be caused by life support systems going down due to a power outage. It’s not mutually exclusive.”

The state says the reason it published its count was to “inform planning, prevention, and communication preparations for future disasters.” These numbers matter because they help us prepare for the next disaster. But if we go into that preparation with bad numbers, Karlinsky said, that means we’re not preparing as well as we could.

And of course, it’s more than just preparing for the next disaster, he added.

“It’s a moral obligation to understand what is the true toll here. I’m very saddened that it’s been taken sort of politically,” he said. “The political issue is a separate issue. [The issue is] what do you do about it? But the toll itself is a truth issue.”

In the end, the Travis County medical examiner said Manjula’s death was caused by hypothermia; pneumonia was a contributing factor. In a spreadsheet compiling all the deaths recorded over the 2021 blackout, one column blares “WITHOUT HEAT IN HOME.”

Lalji died only a few months after Manjula — weeks shy of what would have been their 65th anniversary.

“Indirectly, I think, he left because my mom wasn’t there,” Minal said. “We lost a lot.”

Because of the blackout and COVID protocols, the family wasn’t able to be with Manjula at the hospital when she passed. When their father died, they were able to hold his hand and sing mantras.

The Shahs want someone to take responsibility. They want something to be fixed. Minal said they’ve considered litigation — like hundreds of other Texans who’ve sued electric companies and ERCOT (though there’s some debate about whether ERCOT can even be sued).

But, Minal said, a lawsuit isn’t worth it. She doesn’t want to dredge through a legal battle without any guarantee of restitution for her mother’s death.

“We lost her, but as far as fighting … how much more time can we spend on something that nobody else wants to take responsibility for?” she said. “It seems almost futile, too. They’re not going to come back.”