Where Do Tornadoes Get Their Start? Maybe It’s Not All About The Funnel Cloud.

“We are ultimately trying to dissect the tornado formation process itself.” 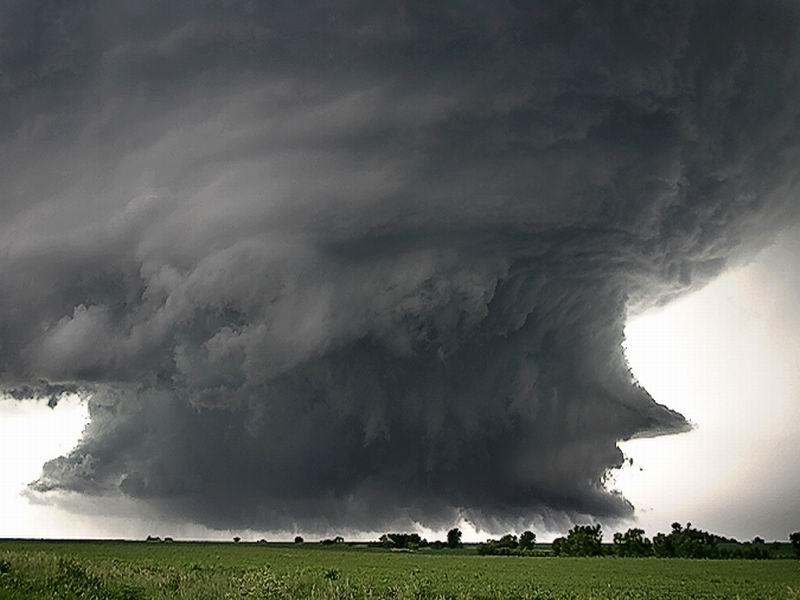 Where do tornadoes come from? It’s not a riddle or a trick question, although the answer may seem obvious: the sky, right? Evidently, that’s not the case. Tornadoes form from the ground up, not from the sky down – at least that’s the claim made by University of Ohio atmospheric scientist Jana Houser and her colleagues in a recent paper.

Houser says the idea that tornadoes might move from ground to sky is not new. Researchers have been trying to learn how the storms develop since the 1960s.

“Back in the ’70s, there was some observational evidence, along with some numerical modeling, that basically suggested that tornadoes might form from the cloud and descend to the surface,” Houser says.

But another theory took the opposite view, suggesting that rotation begins near the ground, and moves upward. Houser says she looked at both theories using a new instrument that can retrieve data more quickly than older equipment.

“We found that none of those four tornadoes were associated with this top-down process that was evident in the radar data,” Houser says.

She says that when we observe a funnel cloud coming downward from the sky, we can’t see the invisible rotation of the air that’s already happening when the funnel appears.

Houser says it’s too soon to say that tornadoes definitely begin near the ground.

“We are getting increasingly stronger evidence that if it is occurring, it is certainly not occurring at the rates and frequency that it once was thought to occur,” Houser says.

Understanding where tornadoes begin could change the way they are predicted. If air rotation begins near the ground, meteorologists charged with issuing tornado warnings would need to monitor what’s happening at or below 100 meters above the ground. Houser says current radar instruments are too far away to observe those low-level rotations.

“The bigger picture here is that we are ultimately trying to dissect the tornado formation process itself,” Houser says. “I’m not claiming to have solved this problem by any means, but we’re making a step forward.”